The Legend Of Vaikunta Dwadasi 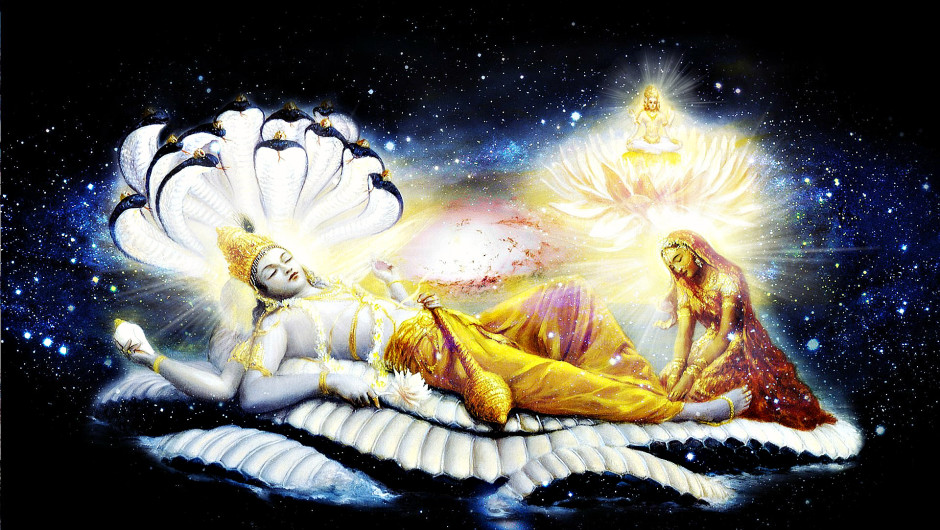 Vaikunta Dwadasi, a day which is considered equally auspicious as the preceding Vaikunta Ekadasi. Dwadasi in Sanksrit means” twelth” & indicates the twelth day of the lunar calendar. On this day, the Vaishnavites end their Ekasdai Vratam with the Dwadasi Panam Samarpanam before the end of Dwadasi tithi.

The greatness of Dwadai Vratham is illustrated by the story of the king Ambarisha , a predecessor of Sri Ramachandra . He observed Dwadasi fast for an year on the banks of the river Yamuna . Ambarisha was a great devotee of Maha Vishnu. Bhagavan’s archana and Bhagavatha Seva were his goals in life.

At the conclusion of the year’s observance of Dwadasi vratham , a sage by the name of Durvasa came to visit Ambarisha on the day of the final day. The king was happy to have the visit of the well known sage and invited him to be his honored guest before his feast. Durvasa was known for his habit of flying into rage over any intended or unintended discourtesy to him.

The sage was an observer of Ekadasi vratham , but not Dvwdasi vratham . He showed up in the court of king Amabarisha, while there was one and half hour alone left for the completion of the Dvadasi tithi. The sage accepted the invitation for the partaking of the food at the royal household as a guest of the king on that Dwadasi day . He mentioned to the king that he would go to the river to perform his holy dip and rituals and return to the palace for the meals.

Sage Durvasa was not an observer of the Dwadasi vratham. He only observed the Ekadasi vratham and had no sensitivity about completing his meals before the conclusion of the Dwadasi tithi . Hence, he spent a long time at the river as the clock was ticking away towards the conclusion of the tithi . The king was on pins and needles . On one hand he could not start his feast before feeding Durvasa , his surprise guest ; on the other hand , he will lose the fruits of the observance of the whole year’s Dwadasi vratham, if he did not break his fast before the conclusion of the Dvadasi tithi . He consulted his priests on what to do with respect to this dilemma , while waiting for Durvasar to return from the river bank.

The assembled Vedic scholars ruled that the king can take a sip of sacred water. This way, he can gain the fruits of the observance of the Dwadasi vratham, while waiting for the return of the Sage Durvasa. The king took one spoonful of Saalagrama theertham . Minutes after, the sage came back to the palace and flew into a rage, when he learned that the king had broken his fast with sacred water , prior to feeding him.

The sage pulled a single strand of hair from his matted lock out of which a demon arose. Fueled by the anger of Sage Durvasa, the demon started charging towards the King Ambarisha. Witnessing all this from his abode, Maha Vishnu protected his ardent devotee by releasing the Sudarashan Chakra and destroyed the demon. After destroying the demon, it started chasing the Sage to destroy him as well.

Astounded and stunned by the power of the Sudarshana Chakra, the sage ran and approached Brahma for help. God Brahma turned him down saying he was too powerless to destroy the Chakra. Sage Durvasa, soon turned to God Shiva for protection, but his efforts were in vain. With no other choice left, he went to Vaikunta and started praying to Maha Vishnu for forgiveness and protection. 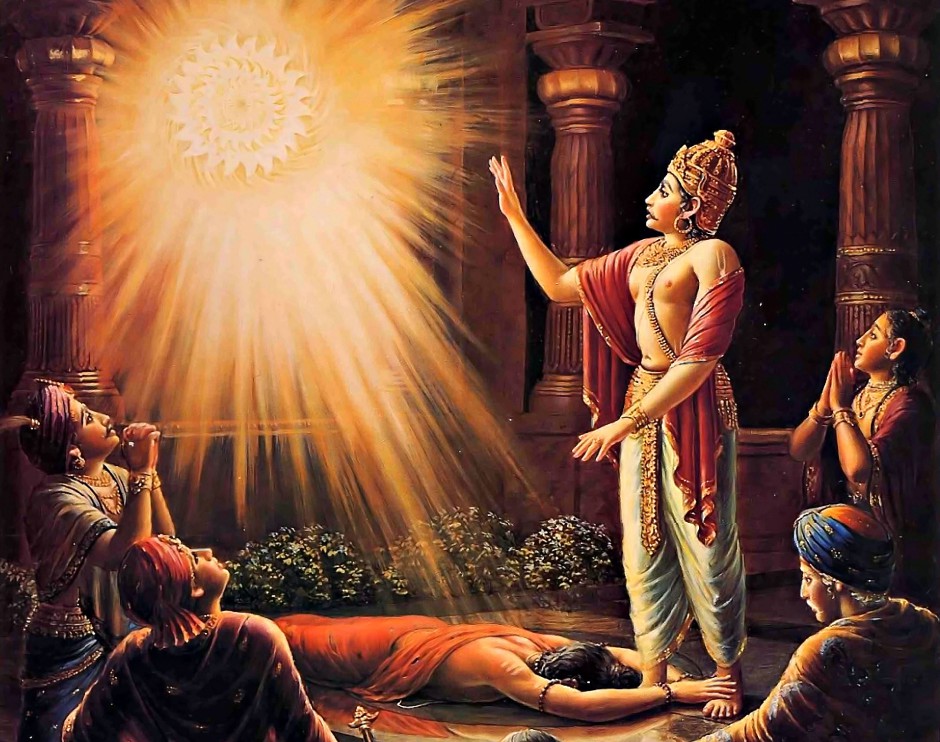 Maha Vishnu informed the Sage that he is controlled by the devotion of his followers and he has great affection to his ardent devotees more than his own consort. He told Durvasa that no matter how many years he has practiced austerities and meditation, they are meaningless without humility and modesty. Maha Vishnu recommended Sage Durvasa to go back to the side of the King Ambarisha and seek his forgiveness to escape the wrath of the Sudarashana Chakra.

Abiding to the words of Maha Vishnu, Sage Durvasa finally met the King after a year of running and hiding. During this time, the King was patiently waiting for the sage, drinking only water in order to break his Vratam in the proper manner. After seeing the Sage he also witness the power of the Sudarashana Chakra which followed. On receiving the Durvasa’s apology, the king prayed and requested Maha Vishnu to spare the life of the Sage Durvasa. Upon the request of the King, the Chakra returned back to the hand of Maha Vishnu.

This is the power of Vaikunta Dwadasi.

1 Comments on “The Legend Of Vaikunta Dwadasi”