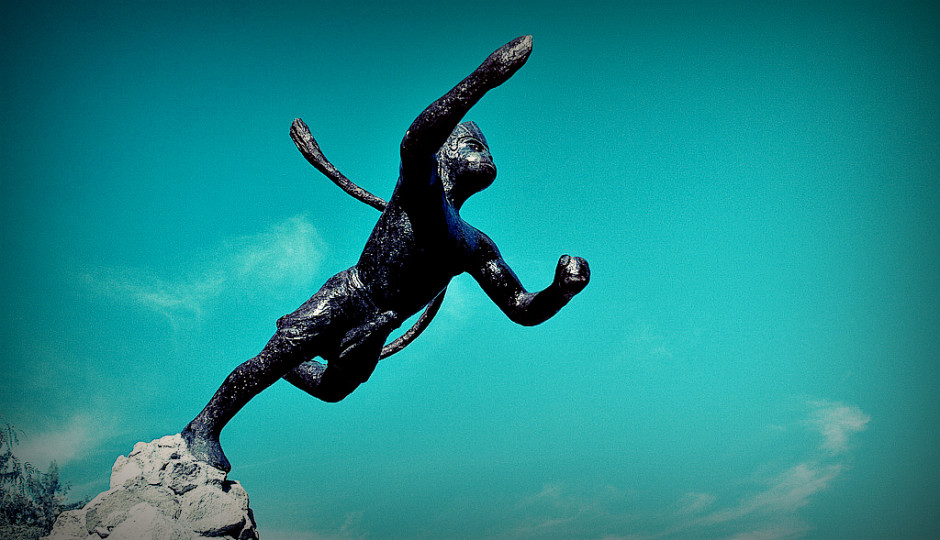 Ramayana, the great Hindu epic that captures the tale of God Ram rescuing his beloved wife Sita from the hands of the Demon King, Ravan. But there are several tales that hardly reach the surface which are mentioned in several other Hindu texts. In this post, we look into one such tale which involves Hanuman performing the daring act of dancing on Ravan’s head during the war.

The act of God Hanuman dancing on Ravan’s head took place on the first day of war between Ram and Ravan in the Ramayana. As mentioned before, this tale is not mentioned in Valmiki’s Ramayana, but is mentioned many texts as one of Hanuman’s greatest heroic acts.

On the first day, when the battle was about to end, Ravan led to the highest tower in Lanka only to witness his large army return after being defeated by the likes of monkeys and bears. Hanuman managed to get the glimpse of Ravana standing on the tower and took a giant leap and landed exactly on the head of the Demon King

Once he stepped on the head of Ravan, Hanuman started to dance of the ten heads of Ravan and began kicking down the crowns of Lanka’s king. Witnessing this bold and daring act, Ravan’s army went into a state of shock and put their heads down in shame. On the other hand, the troops of Vanaraas (monkeys) and Balukas (bears) started to cheer loudly in approval.

The whole act of dancing on Ravan’s head was an attempt by Hanuman to psychologically impact the demon king and his army during the war. As a result, Hanuman’s plan worked successfully. Soon, self-doubt crept into the heads of the demons in the army and there was a great decrease in confidence. This negativity in the army was exploited by the Vanaras and Balukas, which eventually led to their defeat.

WHEN RAVANA PRAYED FOR RAM AND SITA

When Hanuman Defeats His Own Son.

When Ravan Prayed For Ram and Sita