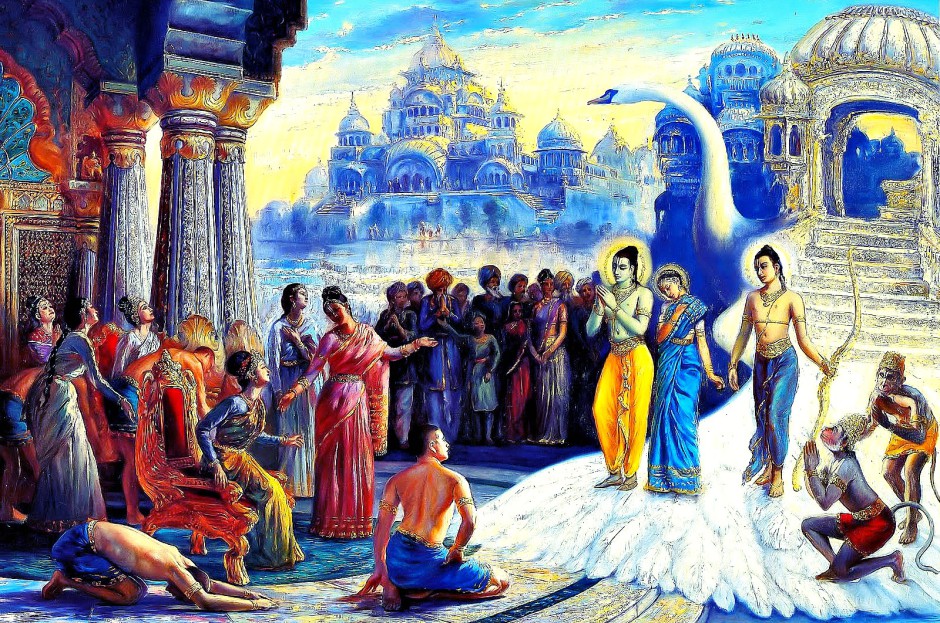 Deepavali or Diwali is celebrated in Hinduism for several reasons. But the underlying foundation of this festival is to mark the triumph of good over evil. In Sanskrit, the word Deepavali is defined as an array of light that stands for victory of brightness over darkness.

As mentioned before, there are several historical events that marks the celebration of this anticipated festival. Some of the occasions are God Lakshmi’s birthday, God Krishna’s win over Narakaasur and the return of the Pandavas. But one of the main reasons why Diwali is grandly lionized is to celebrate the return of God Ram, Sita and Lakshman after 14 years in exile.

The most commonly known story behind Diwali is in the Ramayana, the famous Hindu epic. According to the Ramayana, Ram, the ruler of Ayodhya was requested by his dad, King Dasharatha, to go far from his city and return after living in the forest for 14 years. Abiding to his father’s order, Rama left the city with his dedicated wife Sita and devoted sibling, Lakshman. When Ravana, the demon king of Lanka kidnapped Sita and took her away to his island kingdom , Rama battled against and executed Ravana. He saved Sita and came back to Ayodhya after fourteen years. The people of Ayodhya were exceptionally upbeat to know about their dearest ruler’s homecoming. To observe God Ram’s arrival to Ayodhya, they lit up their homes with earthen lights (diyas), burst crackers and brightened the whole city in the most stupendous way. It is also believed that people lit oil lamps along the way to provide light to God Ram from their path of darkness. As a result of this, Deepawali is celebrated a day earlier in South India before North India since God Rama traveled from the South, to his kingdom in the North. On the final day of Vikram calendar, the Deepavali festival is held in North India.

As a result, this has believed to have begun the custom of Diwali. Even after several centuries, the homecoming of God Ram is recognized on Diwali with lights, firecrackers,  and cheer. The celebration gets its name Deepawali, or Diwali, from the rows (avali) of lights (deepa) that the people of Ayodhya lit to welcome their King.

DEEPAVALI THE FESTIVAL OF LIGHTS

VIDEO – THE STORY OF DIWALI AND RAM’S RETURN

Deepavali – The festival of lights

When Ravan Prayed For Ram and Sita

When Hanuman Defeats His Own Son.

1 Comments on “Diwali: The Story Of God Ram’s Return”