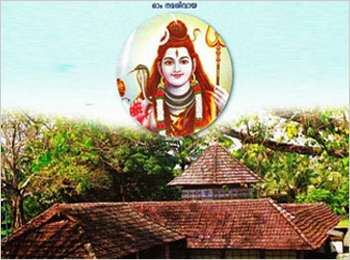 The Vellattu puthur Sivan temple is located in a village known as Perintalmanna, in the district of Malapuram, Kerala, India. It is close to Guruvayoor Krishna temple, about an hour’s drive. 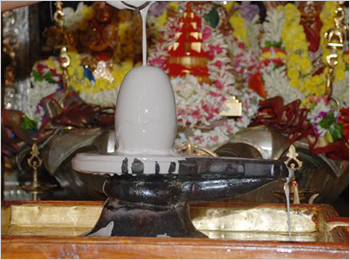 Astrological recordings found at the site show that the temple was consecrated by yogis over 1,500 years ago and the Shakti of Goddess Parvati is hidden in the Shiva Lingam. The recordings show that the deity should be worshipped as Lord Parama Shiva and that all those who worship at this temple will attain supreme bliss. Those who worship here attest to the intense power of the deity to cure mental disorders, ward off dangers, and bless devotees with a smooth run of life in the family. 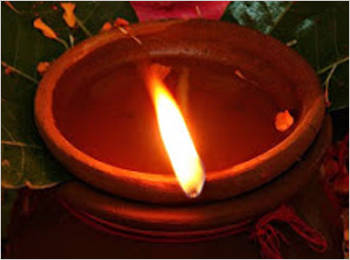 The Kodum Dhara is a special offering for Lord Siva in which sanctified water is poured on the Shiva Lingam. It is an elaborate vazhivadu/puja in which a huge pot (with a hole in it) is hung on top of the Shiva Lingam. 101 or 1001 pots of sanctified water (whatever has been sponsored) is poured into this pot. The kusha grass blocking the hole in the pot is removed one at a time depending on how much water the priests want to fall on the Lingam.

The water cools the Shiva Lingam and blesses participants with peace of mind, job security, good health, and find suitable partners for those who want to be married. In short, the Dhara brings Aiswarya or prosperity. It blesses sponsors so they can lead a peaceful and contented household life free from worries and troubles.

While the priests are chanting inside the sanctum, there is drummer beating the drums outside. He does it in a call and response fashion to the chanting of the priest inside the sanctum. The mantra Om Namah Shivaya is played through the music box making the Kodum Dhara a really powerful experience.

The temple is only an hour from Guruvayur temple. And also it is near to Defence Medical office in perintalmanna