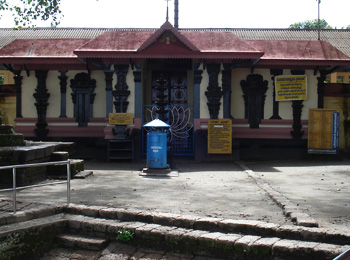 The temple is located in Thirunavai, Malappuram, Kerala. The main deity is Navaimukunthan. This temple is one of the 108 Divya Desams. 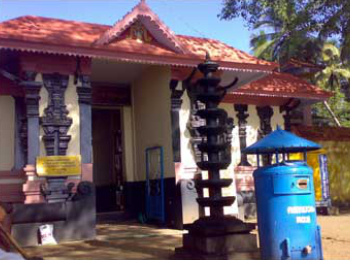 This is also called the Navamukunda Temple. It is one of the oldest Vishnu temples in Kerala. It dates back to the last period of the Dwaapara Yuga. The main daily offerings for worship are Ney Vilakku (lamp lighted with ghee), Thaamara maala ( Lotus garlands) and Paal paayasam (Porridge/Dessert or Kheer made of rice cooked in sweetened milk). For unhindered availability of lotus flowers, one of the Maharajas of Travancore had constructed a vast pond of lotus plants nearby, and donated it to this temple. The temple and the surrounding region were under the rule of 'Cheraman Perumals' and later under 'Vettathu Rajas' who owed allegiance to Perumals. After demise of the last Vettathu Raja in 1793 AD, The British East India Company who, by this time became the rulers of this region, handed over this temple to Kozhikode Samoothiri Raja (the King Zamorin of Calicut) for its administration as 'Ooraalan'

The presiding deity is Vishnu as Navaimukunthan. His consort is Amman. 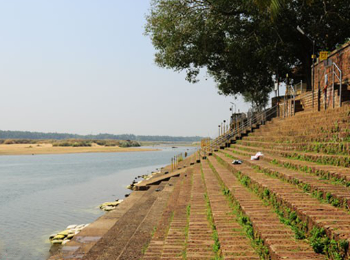 According to legend, goddess Lakshmi and Gajendra, the king of the elephants, worshiped god Vishnu here with lotus flowers from a lake nearby; with the two devotees using flowers from the same source, its supply dwindled, and Gajendra appealed to Vishnu, who took Lakshmi by his side on the same throne and accepted worship offered by Gajendra. There is another legend associated with the Tirunavaya Temple. The deity is called Nava Mukundan as it is believed that the idol was the ninth one to be installed in the shrine by a group of Hindu saints known as Navayogis. The first eight idols disappeared as soon as they were placed there and the ninth sank to its knees before it was forcibly stopped. It is interesting that the image of Nava Mukundan is portrayed only from above the knee, the rest of the image being concealed within the ground. There is believed to be a bottomless unexplored pit behind the image in the sanctum. 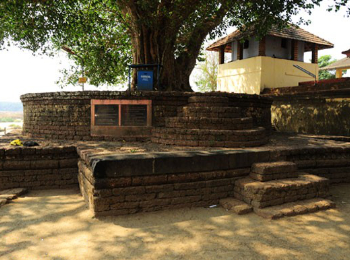 The main daily offerings for worship are Ney Vilakku (lamp lighted with ghee), Thaamara maala ( Lotus garlands) and Paal paayasam (Porridge/Dessert or Kheer made of rice cooked in sweetened milk). For unhindered availability of lotus flowers, one of the Maharajas of Travancore had constructed a vast pond of lotus plants nearby, and donated it to this temple. Each and every person arriving at the temple during the entire year, is provided with free meals which is known as 'Prasada Oottu' or 'Annadaanam' which is one of the most important Vazhipadu.

Kozhikode Airport lies at a distance of around 26 Kms away from the district of Malappuram. Kuttippuram is the nearest railway station to this temple. Malappuram has two important railway tracks running through it. These include the Mangalore-Madras and Nilambur-Shornur tracks both of which are well connected to almost all the other cities of Kerala. An efficient system of roads connects almost all the different parts of Kerala and neighboring Tamil Nadu with the city of Malappuram. Notable among these is the National Highway-17, which can be said to be the lifeline of the district s communication system. A number of buses traverse through these roads of which a large number are regulated by the Government of Kerala.