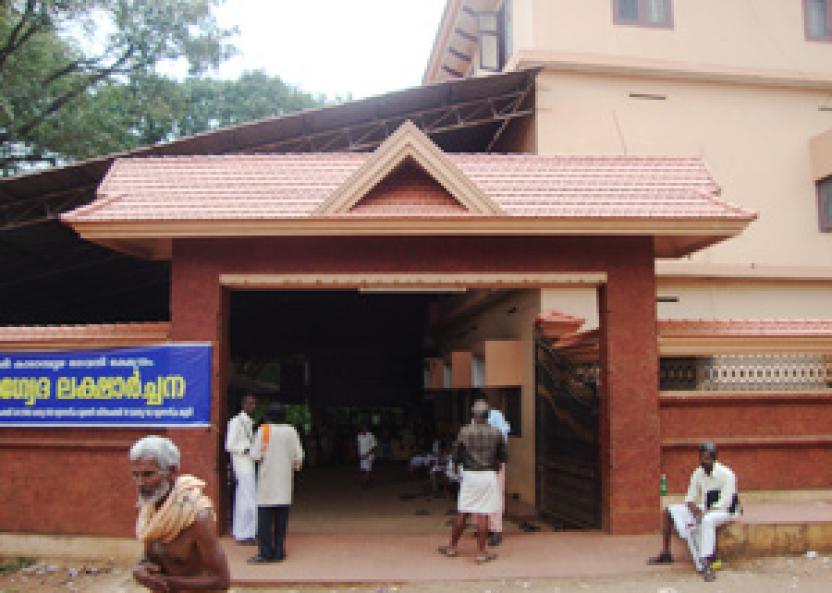 The Kadampuzha Sree Parvathi Temple is dedicated to Shakti and is located in Kadampuzha, Kerala, India. 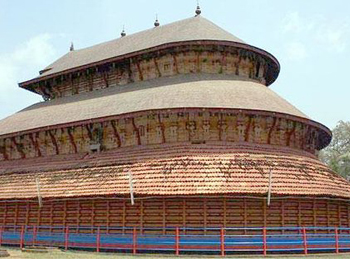 Though there has been no official evidence about the temple's origin, it is believed that this temple was constructed by Adi Sankara. It is also said that Shiva and Parvathi presented Arjuna, a deadly weapon. The main idol of Parvathi is mirror finished and made of Pancha loka (an alloy of five metals like gold, silver, copper, tin and iron). One can also see the images of Ganesha, Nrusimha Moorthy and Vishnu installed around.Kadampuzha bhagavathy temple, Kadampuzha (meaning Forest River) temple is a famous temple dedicated to the mother goddess. This place is on the road between Shoranur and Calicut. The nearest railway station is Kuttipuram. One can reach the temple from Guruvayur also. 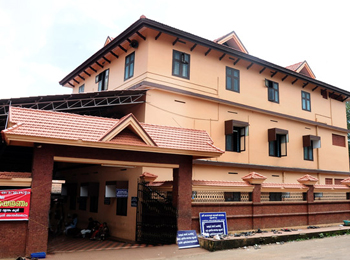 The temple has been dedicated to Goddess Parvathi. 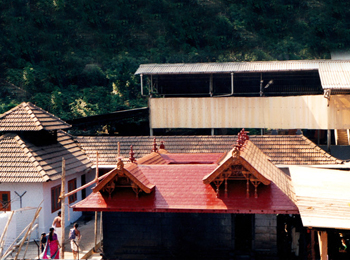 The goddess in this temple is in the form of a huntress. She took this form when Shiva took the form of a hunter to test the discipline of Arjuna, before giving him the 'Pasupathasthra'. Duryodhana in order to kill Arjuna had sent a wild boar to attack him. Both Arjuna as well as Lord Shiva in the form of a hunter shot arrows at the boar. Both claimed that the boar was killed by their arrow. A fight ensued and though Arjuna shot many arrows at the lord, all arrows turned into flower garlands. They reconciled and later, the Goddess and Lord Shiva blessed Arjuna and gave him the Pasupathasthra. The 'Ashta Mangalya Prasnam' conducted at the temple indicates that this temple is 1900 years old. It is told that when Adi Sankara was passing this way, he saw a fierce light emanating from a cavity in the ground at this place. Through his divine intellect he could grasp that Goddess was present here in a 'roudra bhava' (very furious form). He decided to consecrate her there and he was helped in this job by a Varrier family. Even today this Varrier family lives near the temple and manages it. Every Friday night, the idol of the Goddess is completely covered and hidden by 'Thechi' a flower (Ixora coccinea) which is the favorite flower of the Goddess. This ritual is called "Poo moodal" (covering with flowers). The expense for this is normally met by the devotees as an offering. This is so popular that there is a waiting list for conducting this ritual till the year 2020.Another interesting ritual here is 'Muttu Neekal' (Removal of obstacles). This is done by the priest by breaking a coconut while calling out our name and stating our problem. If it breaks properly into two equal halves, it is believed that his problem would be solved. If not, he breaks another coconut. It is believed that the water from the coconut when broken, falls into the hole where Bhagawathy is believed to be residing and being pleased she blesses for the removal of the obstacle. Muttu Neekal is done for getting knowledge, welfare of children, getting freedom from disease, getting married, owning a trouble free vehicle and so on.

The main image (of Shree Parvathi) is made of mirror finished pancha loha (an alloy of five metals like gold, silver, copper, tin and iron), and beside the main deity are virtual images of Ganapathi and Lord Vishnu. Outside of the Shreekovil just in line with the image of main deity are two images of Narasimha moorthi and Sudharshanam. It is believed that the idol of Narasimha moothi is placed in line to soften the excessive radiation from the mirror image.

Goddess here is worshipped in three forms viz., Vidya Durga (Saraswathi), Vanadurga (Durga) and Aadi Durga (MooladurgaLakshmi). As Durga, She blesses the devotees with health, early marriage and domestic harmony. Saraswathi is invoked for education and career. Lakshmi is of course Goddess of wealth and prosperity. History of Kadampuzha Bhagavathy Temple It is believed that Lord Shiva and Goddess Parvathy were wandering in the forest disguised as hunters. Arjuna, one of the Pandava brothers of epic Mahabharatha, was sitting and praying to Lord Shiva in the same forest, for the sake of a boon to kill Mookasura. Though Shiva was pleased with his devotion, he decided to test him before granting the boon. Arjun sent arrows to kill demon Mookasura, and Lord Shiva in hunter's form, also sent arrows, and finally Mookasura was killed, but they fought each other claiming the responsibility. During the fierce fight between hunter and Arjuna, the hunter (Kirata) gets wounded. This makes the Kirata woman angry and curses Arjuna that let the arrows from Arjuna be shower of flowers.

The major festival at Kadampuzha Temple is Karthika, which is celebrated on Karthika star day of Malayalam month Vrichikam (November-December). During this day there is Annadhanam to over 10000 devotees.

There are two main daily rituals at the Kadampuzha Devi Temple.

Poomoodal (covering the deity under a heap of freshly picked flowers) is the highest puja done in the temple. The Poomoodal offering is being done between 0900-1100 after which the temple will be closed after morning pujas by 1100. Muttarukkal, another offering, involves breaking coconuts before the deity by the pujari, correctly into two equal halves, and is used for warding away problems in the life of the devotees. The word itself means "keeping away obstacles". If an offered coconut fails to be broken into two exact halves, then fresh coconuts are broken until one is broken "correctly" - ensuring that the problem has been solved by the divine interference of the deity.

Kadampuzha, a distant hamlet in Malappuram district is just 2 km from the east of Vettichira Junction, in between Valanchery and Kottakkal on NH-17. The temple is located in Marakkara Panchayath in Tirur Taluk, Malappuram District of Kerala, India.

There are KSRTC and private buses directly plying to Kadampuzha from almost all centers of Kerala. The devotees coming by the Kuttippuram – Valanchery – Kottakkal road in N.H. 17 may get down at Vettichira Jn where from the (distance 2 km) road will lead them to the Temple.

The nearest airport is at Karippur (distance 50 km) and the Cochin International/Nedumbassery Airport (distance 145 km) away from Kadampuzha. All major International flight services are operated from these airports.