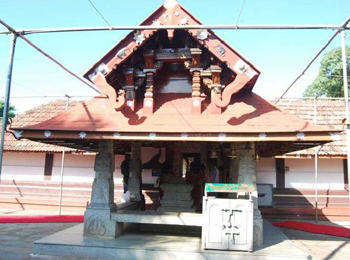 The deity of God Shiva is worshipped at the Padi Igguthappa Temple that is located at Kakkabe village in Kodagu, Karnataka. It is an ancient temple built in 1810 by King of Kodagu named Linga Rajendra. The temple is built on top of a hill in a forest and was renovated by Dewan Apparanda Bopu after the son of Linga Rajendra named Chikka Veerarajendra was overthrown by the British. The entrance is decorated with silver cladding that was provided by Apparanda Bopu and the devotees. The temple was then again renovated by the government of India in the year 2008. 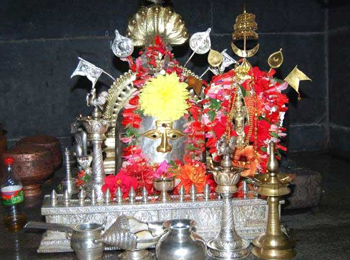 The temple’s architecture depicts the traditional Kerala style that is similar to other temples. The legend of Iguthappa hailing from the beautiful region of Kerala is related to this temple. The entrance of the temple is decorated with a Bali Peetha and the temple is built in a square shape. The base is connected to the temple via a long flight of stairs. 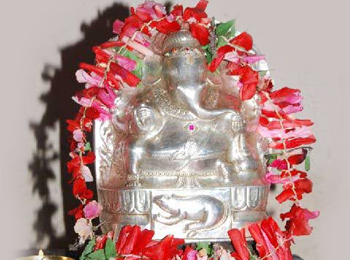 As per the legend, once seven children- one girl and six boys were born from a golden conch at Kerala and it was believed as a representation of Gods powers. There were no details of their family and native place. These seven children were known as ‘Evamakka Devaru’ which means children of God in the folklore of Kodava. The boys were named Kankratappa, Thiruchabarappa, Bendru Kolappa, Igguthappa, Paaloorappa and Thirunelli Pemmayya while the girl was named Thangamma. The girl was later popularly known as Pannangaala Thamme.

Malma was the headquarters of God Igguthappa where he provided his knowledge of Padi, Peroor and Nelaji. Ever since, God Igguthappa came to be known as Igguthappa Kshetra. The deity of God Igguthappa is enshrined in this temple in the form of a Shiva Linga with a Nagarike that is a snake hood covering. Thousands of devotees worship God Igguthappa in Coorg. The God is known by several names like Igguthappa Mahadeva, Subbaraaya, Subrahmanya, Eeshwara Igguthappa and many more.

Various prayers are conducted on daily as well as weekly basis. The Abhisheka is performed every day at 5:45am, Mahapooja is conducted at 12:30pm and the Mahamangalarathi at 7:00pm. On Wednesday and Saturday of every week, Thulabhara Sevas is conducted.

The harvest festival of Puthari is celebrated in the temple during the month of October or November. It is celebrated ninety days after the festival of Onam. The devotees follow a tradition where the first harvest of paddy is dedicated to God Iguthappa.

An annual festival is also celebrated in the temple during the month of March every year. The devotees take a deity of God Shiva to the top of Mallama Betta Hill and reinstall it at Padi Igguthappa. The festival is celebrated with great joy as the devotees perform ceremonial dances and make Tulabhara offerings to God by weighing themselves against fruits, coconuts, sugar, rice and other edible items.

The devotees should visit the temple between the months of September to May.

As per the belief of the devotees, God Iguthappa has immense powers that could heal and fulfil all wishes of the devotees if one worships him sincerely.