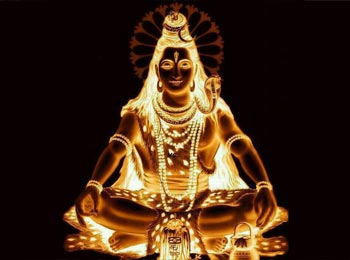 Sisireshwara Temple is an ancient shrine located at Bhubaneswar in Khordha District of Odisha. This beautiful 8th century temple closely resembles the Parasurameswar Temple in architectural form and is the abode of Lord Shiva, known by the name Sisireshwara here.

This sanctuary is arranged straight away toward the north of the well-known Vhaital deul and is thought to be one of its counterparts. The jagamohana is prominent by its rectangular shape. The wonderful figures in this sanctuary demonstrates affectability and refined workmanship, adequately apparent in the Nataraj picture inside the emblem and the proportional figures of the parsvadevatas like the four-furnished Ganesha, the two-outfitted Kartikeya or the eight-equipped Mahisasuramardini. Different improvements in the sanctuary comprise of expand scrollwork and unpredictable floral themes.

On the external body of the sanctuary, which is loaded with models, especially recognizable is the picture of Kamadeva, the divine force of Love, in the organization of two females. A portion of the work of art appears to have been enlivened by Buddhist thoughts, vouching for the slow secularization of the workmanship colloquialism. The figure of the deer on the platform of a picture is clearly reminiscent of the main sermon of the Buddha. Moreover, the figure of Lakulisa is situated in a Buddha-like with folded legs pose in the focal specialty on the southern side.

How To Reach Bhubaneswar

Bhubaneswar has its own airport named Biju Patnaik Airport. Bhubaneswar is one of the most important railway stations in Eastern India. It has connecting trains to many states and major cities. The city being the capital is well connected to all parts of the state and nearby states as well.