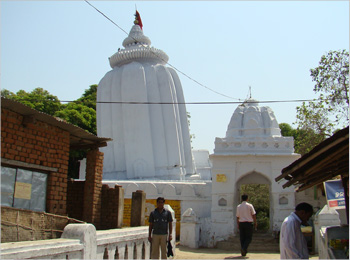 Sambalpur is a majjor city in Odisha. It was established in the year 1528 by Raja Balaram Dev. It is situated in the bank of river Mahanadi and is enriched with natural surroundings. Maa Samleswari is the presiding deity of the city and its name has been derived from that of Goddess Samlei. Sambalpur is famous for Hirakud Dam, Sambalpuri Sarees, Sambalpuri folk songs and Dance, the Sitalsasthi festival and the leaning Temple of Huma. Several traits of the culture like Sambalpuri language, Sambalpuri dance, Sambalpuri songs and Sambalpuri sarees have held a national identity and it is now being admired by people outside the region. Sambalpur region was popularly known as Hirakhand from ancient times. Ptolemy has described the place as Sambalk. According to Tavernier the French traveler and Edward Gibbon the English Historian, Diamonds were exported to Rome from Sambalpur. Sambalpur FortThe history of Sambalpur exhibits many evidences of its contribution towards the struggle for freedom of our country. Veer Surendra Sai , Madho Singh, Hatte Singh, Kunjel Singh, Aairi Singh, Bairi Singh are those freedom fighters who led the revolution against East India Company rule even before Mangal Pandey initiated the ‘Sipoy Mutiny’ and are still recognised for their contributions. 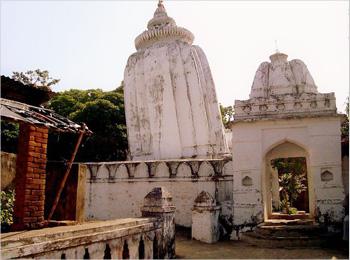 The Leaning Temple of Huma is situated to 28 Kilometers to the East of Sambalpur on the serene surrounding on the left bank of river Mahanadi, the Leaning Temple of Huma the abode of Lord Vimaleswar draws attention of several devotees, tourists, researchers and photographers all around the world. The sylvan serenity, the unique piece of archaeological monument, the melodious tenor of the crystal clear flowing water of the river Mahanadi and the calmness of the place adds to its beauty. Thousands of devotees gather every year on the sacred occasion of Mahashivaratri (in the month of Fagun Kurshanapakhya chartudashi) The locality turns into an area of bedlam and a place of commerce during the Mela. Chandan Jatra is held (in the month of Baisakha Suklapakhya chaturdashi and Purnami). 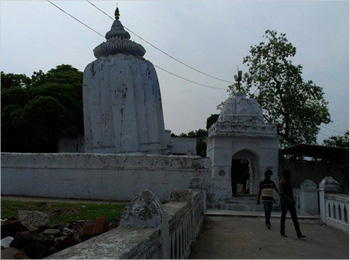 The prominent deity of Vimaleswar is chief of the deities among the 'Asta Sambhu'.The temple of Lord Vimaleswar is seen standing leaning to one side. 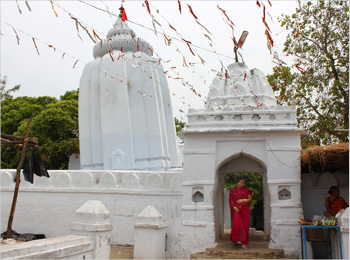 Lord Vimaleswara is considered the prime deity of a chain of 8 Shiva-Lingas (Astasambhu) of the region. The other ShivaLingas are : Kedarnath of Ambhavana, Biswanath of Deogaon, Balunkeswar of Gaisama, Maneswar of Maneswar, Swapneswar of Sorna, Bisweswara of Soranda and Nilakantheswar of Nikunja Bihari Sahu Nilji. The Shiva Linga (a cylindrical stone considered as emblem of Lord Shiva) of Huma is believed to have a natural origin cropped from the under-ground. The legend has it that a cow from a nearby village was regularly visiting the place and secreting milk over the Linga. The owner of the cow, finding the cow’s udder dry and milk-less, followed the cow secretly into the jungle and found to his great surprise that the cow’s milk was pouring on a mysterious stone that consumed it quietly. He propagated this miraculous incident and everybody came to understand the glory of the Linga. This heralded the worship of Lord Shiva.

A great fair takes place at the foothill in March every year on the occasion of Shivratri. The presiding diety is Bimaleswar Shiva.

The nearest airport is Bhubaneswar. There are plenty of express trains that connect Sambalpur with major cities in Orissa. Buses and taxis are also easily available from Sambalpur for travelling to the neighbouring cities.