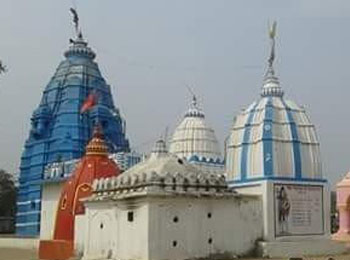 Balunkeswar Temple is located at Gaisama, a village 13 km south-east of Baragarh district of Orissa, on the bank of Jira River (a tributary of river Godavari). This temple was built during the chauhan period in Orissa. It is an ancient shrine, and one of the Astha Sambhu (eight Shiva temples) in Baragarh and Sambalpur district. Balunkeswar Siva is worshiped in this temple.

How to Reach Sambalpur

There is an airport which is under construction as of now in Jharsugada (50) Km. so, till that airport is fully functional, there is Swami Vivekananda Airport which is 262 Km from Sambalpur. Sambalpur has four railway stations, namely Sambalpur (khetrajpur), Sambalpur road (fatak), Hirakud, Sambalpur city. These railway stations are well connected to all major metro cities, but for Indore, Dehradun, Lucknow and Guwahati there aren't any direct rail connections. Roads in Sambalpur are well connected with nearby cities. Rourkela - Sambalpur state highway 10 is under construction to transform this from a two lane highway to a four or even six lane highway. There are buses leaving in every fifteen minutes to Jharsuguda and Bargarh from the terminal.