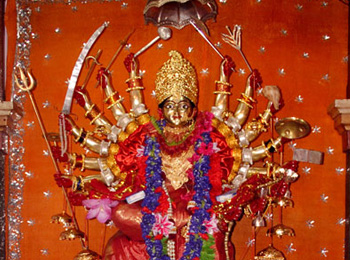 Ramna's Tripur Sundari Temple draws in a great many Devotees Due to its excellence and extravagance. A well off man, Shri Umashankar Prasad constructed this Beautiful and great sanctuary on 28th June 1941. It is said that it is truly shocking to see that a man made sanctuary pulls in such huge social event of Devotees. This sanctuary is likewise well known by the name of "Devi Temple" and Maa's lovely symbol entrances the whole gang. The sanctuary is additionally called as Maa Durga Mandir.

Jayaprakash Narayan International Airport, Patna is the nearest airport which is situated at the distance of 80 Kms from Muzaffarpur. It is one of the major airports in Bihar and connects to cities like Delhi, Ranchi, Kolkata, Mumbai, Bangalore, Chennai, Ahmedabad, Lucknow and Hyderabad. Tourists can board a bus or hire a taxi to reach Muzaffarpur.

Muzaffarpur is assisted by the Muzaffarpur railway station, which is situated at the distance of 2 Kms from centre of the city and connects to various cities in India like Ranchi, Delhi, Lucknow, Kolkata, Mumbai and various other cities and towns in India.