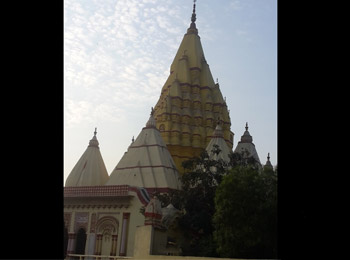 Shri Ram Temple of Muzaffarpur is a shrine dedicated to Lord Rama and his wife Seetha. It is basically a Vishnu kshethra and is one of the Navratna temples located in Sahu Pokhar locality of Muzaffarpur. It is said that the temple was built by a Rajasthani artist. Later Shri Shiv Prasad Sahu of the Sahu family took over the administration of the temple. The Sahu family still stands as the care taker of the temple. There is also a Mahadev Shrine in the temple that has the third largest Shivalinga in India. Devotees throng the temple in huge numbers to offer their prayers to the Lord and his Devi.

The Patna Airport is the nearest airport to this temple .

This place is well linked to other parts of the country via the Muzaffarpur Junction railway station.