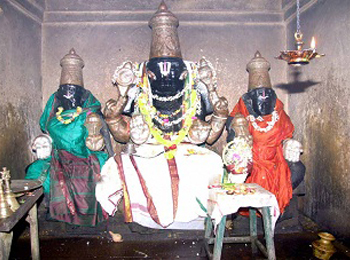 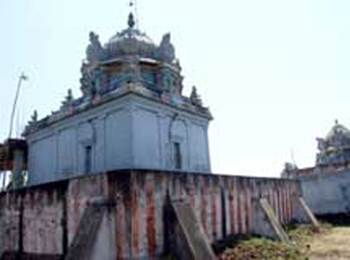 A tributary of the River Cauvery that runs between Tirukudalur and Swamimalai flows through this place before reaching the ocean. This place is also extolled by Vaishnava saints as the "Kurayalur fertile with perennial River Manniyaru" and also the birth place of Saint Kalian Thirumangai Azhwar. 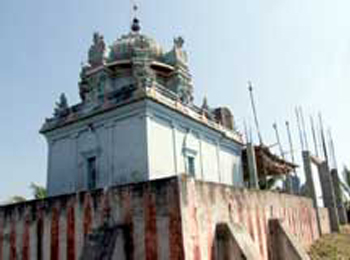 Lord Narasimha graces in this temple with his consorts Sridevi and Bhoodevi, rarely seen in other temples. Lord Narasimha is generally shown with Sri Mahalakshmi alone. The temple is praised in the hymns of Tirumangai Alwar 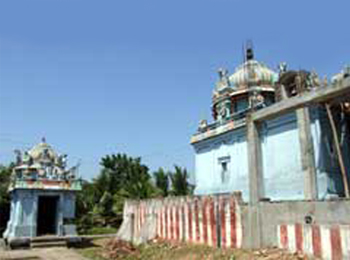 Legend has it that Mother Sati went to meet Her father King Daksha to have a word with him for organizing a yajna inorder to humiliate God Shiva by not inviting Him. Daksha insulted Sati who jumped into the yajna fire. Furious over this God Shiva sent Veerabadhra to ruin Daksha's yajna. Even then, God Shiva could not resolve from the feeling of being parted away from Sati. God Narasimha along with Sridevi and Bhoodevi offered Darshan to God Shiva inorder to console Him. This place is also famous as the renowned saint Thirumangai Azhwar was born here in Dwarapa Yuga as a King by name Uparisiravasu and again as a King named Neelan with accordance to the Mangalapuri Mahatmiyam. Thirumangai Azhwar has revered 86 Divya desas from the 108 present in his Mangala Sasanam hymns. It is believed that praying at this temple offers the benefits of praying at all the 86 Divya Desas sung by Thirumangai Azhwar. There is no separate Mangala Sasanam sung for this temple but it is weaved into the hymns of the other temples. A magnificent Garuda Seva is celebrated in Thirumanoor on the Thai Amavasya day with the chanting of the Tamil Veda "Tirupallandu". This is considered as the Dakshina Narasimha Sthala or the Narasimha Kshetra of the South. 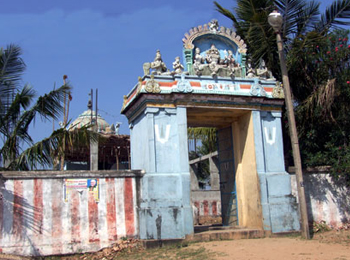 Sri Narasimha Jayanthi and Vaikunda Ekadasi (11th day from the New Moon day) are the festivals celebrated in the temple.

The significance of the temple is in the depiction of Lord Narasimha with Two Mothers, Sridevi and Bhoodevi. Lord Narasimha generally graces with Sri Mahalakshmi only in all other temples.