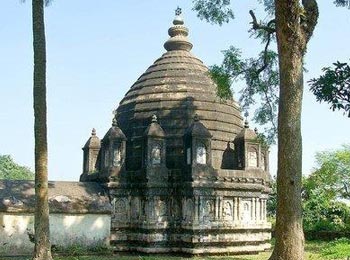 The Janardna temple is dedicated to Lord Vishnu. It is placed among the greenly Shukleshwar hills, close to the Shukleshwar Ghat of the Brahmaputra River. The temple was sanctified in the 10th century and was renovated in the 17th century. The temple is known for its Hinduist and Buddhist blend of architecture. The temple enshrines a Buddha statue in the mail hall. The devotees offer prayer here. The temple is amidst picturesque surrounding.

How To Reach Guwahati

Guwahati Junction Kamakhya Junction is the rail heads in the city. It is well linked with all the major cities of the country.

Guwahati is very well connected with the adjoining cities and states through bus service. The three nodal points of Adabari, Paltan Bazar and ISBT Guwahati, provide bus services to towns and cities in Assam and adjoining states