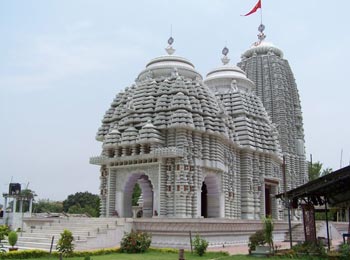 Jagannath Temple is dedicated to Lord Vishnu, located in the Bokaro Steel City. It is one of the popular tourist attractions, which looks precisely like the Jagannath Temple in Puri, Orrisa. Bokaro Steel Plant Management has renovated the temple recently. It is a popular place where devotees come to revere Lord Jagannath. The temple has beautiful architecture and a serene ambience. Aartthis are performed regularly during the evening. This temple is mostly a part of the Rath Yatra.

How To Reach Bokaro

Bokaro Airport is used only by chartered aircraft of SAIL for visiting dignitaries. The closest commercial airport is at Ranchi, named Birsa Munda Airport, at a distance of 120 km.

Bokaro Steel City is well connected through roadways and it has one government bus stand which is located at Naya More, near Co-operative colony which newly constructed by SAIL at Sector-12A where several buses travel via Bokaro connecting to major cities through National Highway-18 and National Highway NH 23. Bokaro Steel City has local transportation facilities such as autos, taxis, cabs and newly introduced electric rickshaw facilities which are available 24/7 hrs. at very affordable price.