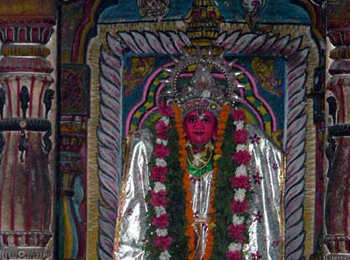 The Biranchi Narayan Sun Temple is popularly known as the Wooden Konark Temple. Located in the town of Buguda in Odisha, the temple is primarily dedicated to Lord Surya (Surya Bhagvan). This is the second Sun Temple of Orissa, built after the renowned Konark Sun Temple. The Biranchi Narayana Temple is believed to be the abode of Viranchinarayana and Bruddha Khola Temple.

This Sun temple was built by King Srikara Bhanjadeva in the year 1790. The temple roof is supported by 46 pillars which are beautifully carved. Intricate wooden carvings decorate the ceilings, struts and walls of this temple. The idol of Lord Biranchinarayana was recovered from the ruins of Malatigada Fort in the Malati hills near Kendupadar. This idol is believed to have been installed here at this temple. The Biranchi Narayan shrine is a unique temple which is built out of wood, except for the floors and few pillars. Numerous murals themed with scenes from the Ramayana are found depicted in the temple walls. The Mandap or the temple hall houses a huge sculpture of Lord Surya which is made out of a granite stone. The Konark Sun temples Faces east, whereas this temple faces west. The rays of the setting sun fall on Lord Surya’s feet.

The Buguda bus stop is the nearest bus station.

The nearest railhead is the Berhampur railway station.

The Berhampur Airport is the closest located airport.