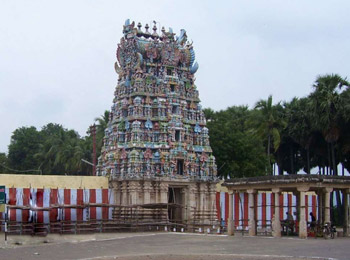 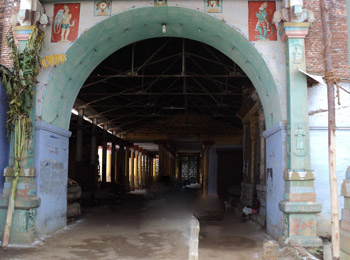 The Temple is one of Alwars Nava tirupathi. This sthalam clarifies about the sathyam, the right way to go and Dharmam. The Jwalaas (While the flame is copied, the warmth beams leaves it) which leaves flame will blaze just the Adharma. Seetha devi subsequent to getting into the flame, she turned out as the same way, she went into it. This is a direct result of her immaculateness. This additionally clarifies about the Characteristic of Agni. He won't do any mischief against the Sathya dharma individuals. Making this as the Sathyam as the essential things, there are parcel of Jeevas living in this world. One of the case is Romasa Maharishi. He has parcel of hairs (Romam) secured up and down his body. He was given a varam like things that toward the end of lives of all devars while he is losing every single hair in his body.

This rishi disclosed to Brahma deva as how an inventor ought to be and lessened his terrible impact, there by establishing the Sathya dharmam. Like the same way, someone else to be clarified when discussing sathyam is Savithri. Sathyavan, who wedded one of the Panja Kanniyargar (5 young ladies) - savithri, was known not world with the other named - ''Pathivrudhai''. This implies how she had the affection on his spouse.

This sthalapirattiyaar - Varaguna valli thaayar (or) Varaguna mangai obviously clarifies how a wife (or) mangai ought to be and found alongside Vijiyasanap perumal. Vijayasana implies perumal who sits on top of the Sathya Victory. The Moolavar of this temple is Sri Vijayaasana Perumal. Moolavar in Veetrirunda kolam, confronting east bearing.

The managing divinity of the temple is Sri Vijayaasana perumal in a sitting stance with Adiseshan over his head like an umbrella like in Srivaikundam temple. Thayar is known as Varagunamangai/Varagunavalli thayar and there is no different sannadhi for thayar in this temple. It is intriguing to note that in a hefty portion of the Nava thirupathi sanctuaries, the thayar is known by the place's name itself. The temple is the second among the Nava thirupathi divyadesams of Sri Vaishnavas and goes under Pandiya naatu divyadesams among the 108 sanctuaries. The spot is additionally called as Naththam and Mokshapuri. Varagunamangai is alluded to in one of the lyrics of Nammalwar, he must be back to Varaguna Pandya from whose name it is expected Varagunamangai took its name. Yet, there are number of occasions where this rationale is not related. The temple has a 9-level rajagopuram in the midst of lavish vegetation around the temple. 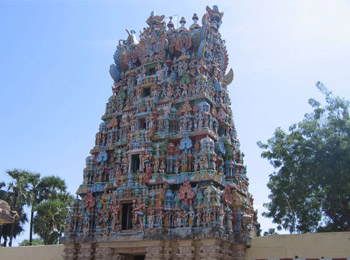 The directing divinity of the temple is Sri Vijayaasana perumal in a sitting stance with Adiseshan over his head like an umbrella like in Srivaikundam temple. Thayar is known as Varagunamangai/Varagunavalli thayar and there is no seperate sannadhi for thayar in this temple. 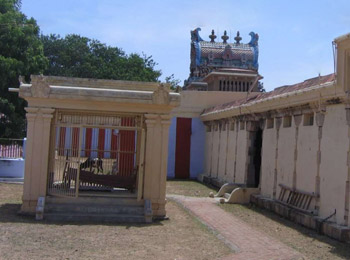 Another story goes that an angler, who had thrown a net at this Theertham, was chomped by a snake and quickly accomplished moksham in this way coming to the residence the God. Romasa rishi described to his child the angler's tale accomplishing moksham alluding to his past life as a lord, who had performed unforgiving acts and thus needed to lead the present life as an angler. Be that as it may, truthfulness in performing every one of his obligations in this life drove him to accomplishing the God's feet. As he accomplished moksham here, the theertham at this temple is said to be consecrated. This sthalapirattiyaar – Varaguna valli thaayar (or) Varaguna mangai plainly clarified how a wife (or) mangai ought to be and found alongside Vijiyasanap perumal. Vijayasana implies perumal who sits on top of the Victory. 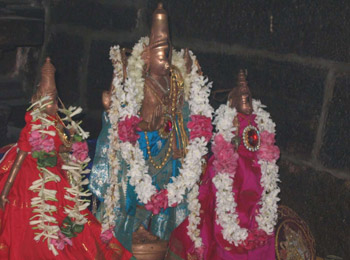 It is trusted that one's spirit achieves moksham if demise happens at this spot. This temple possesses the chandra sthalam in the nava graha.


Vaikunda Ekadasi in December-January is grandly celebrated in the temple