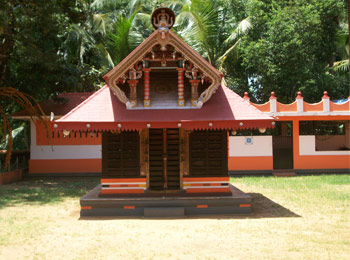 
Kasaragod District was organised as a separate district on 24 May 1984.It is named after Kasargod Town which is the administrative headquarters of the district. To its south lies Kannur District and to the north the Dakshina Kannada district of Karnataka state. All along its east it is walled by the Western Ghats while along the west the Arabian Sea borders it. The district, covering an area of around 1992 km², In recorded history's ancient period, Kasargod was known to the Arabs by the name Hark willia.Many Arab travelers who visited Kerala between the 9th and the 14th centuries visited Kasargod, which was an important trade centre then. Duarte Borbosa, the Portuguese traveler who visited Kumbla, near Kasaragod in 1514, recorded rice being exported for coir to Maldives.Dr. Francis Buccanan, who was the family doctor of Arthur Wellesley, visited Kasaragod in 1800. In his travelogue, he recorded information on places like Athiraparambu, Kavvai, Nileshwaram, Bekal, Chandragiri andManjeshwaram. 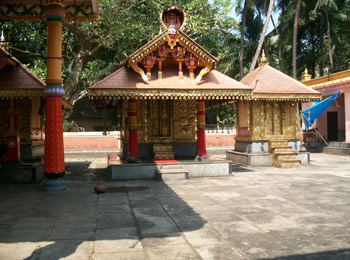 The Parappa Thali temple is a God Vishnu and God Shastha temple located in Parappa. Located only a km away from Parappa, the temple conducts poojas on a day to day basis and attracts quite a lot of devotees as well. The jet black granite (Krishna Shila) is the material with which the idol of Vishnu is made and a sacred thread garland is worn around it. Unlikely, the Sudharshana Chakram is not held in the demonstrative pose in the idol whereas it is as if the God will release it immediately for only the blade part of it is visible. This indicates the spiritual as well as special phase of the idol. In the astrological method, Devaprashna, the idol was found to be 3 thousand years old. The Maha Vishnu temple facing the west and the Sri Sastha temple facing the east makes it a temple complex inviting the devotion and participation of a lot of people. Many rituals of Sattvik, Rajasik, Thamasik nature are also performed here to enhance the spiritual importance of the temple. 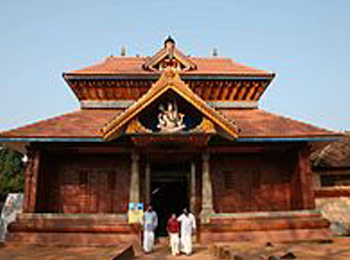 As the legend says, a tribal woman struck a hard stone while digging the ground for tubers for food and she found blood stains on it. It has been believed that God Vana Sastha appeared before and blessed her and she shuffled off her mortal coil in the ecstasy to unite with the divine. Devotees placed this self-manifested idol inside a shrine and worshipped it and for generations now, special rituals in favour of the tribal woman have been done too. Parappa village, stuck with disasters like landslides etc was saved by the power of Goddess Maloorkayathamma. People say that the power came using the medium of huge boulders rolling down the mountain top and since then Goddess Palakki- Chamundi and Bhagavathi is believed to guard both the village and the temple. The sacred grove beside the temple is honoured with the presence of God Narasimhamoorthi and Goddess Raktha Chamundi. Historically, at a point, the Brahmins had to flee from a village in refuge from the kings of Nileshwar from Allada Swaroopam dynasty who conquered the place and its surroundings. This village had a four armed Vishnu idol and the idol once worshipped by Parashara Maharshi in the days of yore was abandoned. However, the kings of Nileshwar shifted the enchanting idol to the village of Parappa and fixed it beside the Vana Sastha temple thus adding on to the positive spiritual energy of the place.


As such there is no airport in Kasargod District but the nearest airport is in Mangalore is almost 70 kilometers away. Other airports are in Kozhikode (Calicut), almost 200 kilometers and Kochi (Cochin) at 350 kilometers.


You can easily get bus or taxi to reach Kasargod.


One can also access the district via railways as Railway line passes equivalent to the coastal line. The major Railway stations near the district include Trikaripur, Cheruvathur, Nileshwar, Kanhangad, Kasargod, Kumbla, Uppla and Manjeshwar. Almost each Express train stops here in the district.