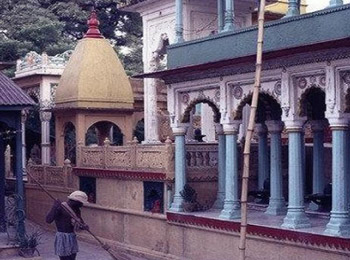 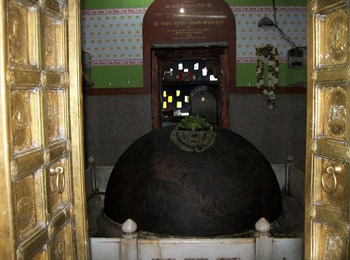 Shri Tilbhandeshwar Mahadev Mandir was constructed in 18th century. The temple is dedicated to Lord Shiva and is situated in Pandey Haveli, next to Bengali Tola Inter College (Bhelupur, Varanasi). It is believed that the Shiv Ling in the temple emerged by itself 2,500 years ago and increases every year by the size of a "til" (Hindi: तिल; i.e. Sesame Seed). Presently the Shiv Ling is 3.5 feet in height and the diameter of the base is approximately 3 feet. It is also believed that Mata Sharda had spent some days in this temple.

A unique combination of the Malyali and the Banarasi culture is represented by this temple. Hindu devotees celebrate here their famous festivals such as Mahashivratri, Shravan, Navratri, Makar Sankranti, Ayappa Puja etc.

Varanasi is served by Lal Bahadur Shastri International Airport, which is approximately 26 km (16 mi) from the city centre in Babatpur. Varanasi Junction, commonly known as Varanasi Cant Railway Station, is the city's largest train station. Varanasi is well-connected by air, rail and road. One of the major factors in Varanasi's is its access to all parts of the country.

Temple opens at 4.30 am in the morning and closed at 9 pm in the evening.