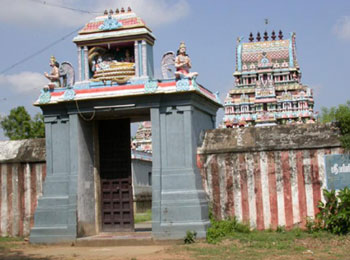 Sri Seganmaal Ranganatha Perumal Temple,named as ‘Thiru Thetriyambalam‘ is situated in Thirunangur, Sirkazhi, Nagapatnam district of Tamilnadu, dedicated to Lord Vishnu and also one of the 108 Divya Desam Temples.This temple lies in the Tanjore district of Tamil Nadu.This temple is also called as ‘Thiru Thetri Ambalam‘ (Ambalam refers to temple) dedicated to Lord Vishnu, who is worshipped as ‘Lord Palli Konda Perumal’.The temple is adulated in the Mangalasasanam psalm of Saint Tirumangai Azhwar saying that those droning the greatness of Sengalmal would be rulers on earth and be one among those favored souls in heaven.Vaikunda Ekadasi in December-January (Margazhi) is grandly celebrated in the temple. Thirumangai Azhwar Mangalasasana Utsavam and Garudasevai – January or February, Vaikasi Brahmmotsavam – May or June, Theerthavari festival – July or august. 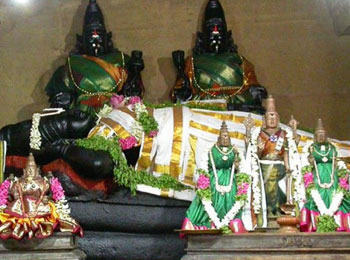 Tirumangai Azhwar in his Mangalasasanam song. Ruler favors his devotees in a sitting structure. The vimana over the sanctum sanctorum is called Ucharoorunga Vimanam. There are holy places for Azhwars, Lord Sri Rama-Sita in the shows up in the sanctum sanctorum in a sitting structure with one leg set on a spread pot. This darshan, as indicated by conviction, conveys all joy to enthusiasts. As Lord resulted in these present circumstances spot hitting the dancefloor with a pot-Kudam, He is applauded as Kudam Aadu Koothan. The name likewise alludes to the occasion of Lord holding the Govardhana slope as an umbrella to secure the general population of Gokhulam when the spot confronted a substantial precipitation. Parade god is Chaturbuja Gopalan. Tirumangai Azhwar in his Mangalasasanam song depicts this spot – Ariyameya Vinnagaram – as the habitation Lord who devastated devils, removed nectar from the milk sea and managing individuals on the equitable way. This is one of the 11 Divya Desas in Tirunangoor area. The Garuda Seva in April-May is an extremely celebrated celebration. As Ari (Vishnu) dwells (Meviya) here, the spot is called Aria Meya Vinnagaram. There is no banner post in the temple. The peeta is excessively tall that the admirer has, making it impossible to utilize the strides, demonstrating that in the Bhakti (dedication) way one needs to climb numerous progressions to achieve God 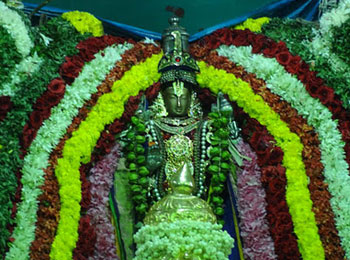 The Moolavar of this Divyadesam is Sri Senganmaal Ranganathar. Also known as Lakshmi Rangar. He is giving his seva Kidantha (Sleeping) Thirukkolam in Bhujanga sayanam facing his thirumugham towards east direction. He is found with Four hands on the Aadhiseshan. Prathyaksham for Naachiyar and Aadhisheshan. The Thayaar found in this sthalam is Sri Sengamala Valli Naachiyaar. This is the only Lord Vishnu temple among the 108 Divya Desas known as Ambalam. People in Tirunangoor know this temple as Pallikonda Perumal temple only. Of the 11 Perumal who came to this place, Perumal in the Temple is but very Sri Ranganatha of Srirangam. Worshipping Perumal here is equal to worshipping Srirangam Perumal. In the east faced Temple Lord Perumal is in a reclining form on the Adisesha bed with four hands. His head and right hand are on a wooden stand. The left hand is on the hip. Mother Sridevi is on the head side and Mother Bhoodevi is at the feet side. 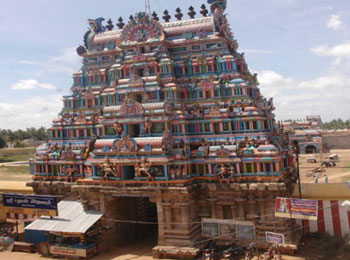 Hiranyakshan took the earth and stowed away in the Padala Loka – the world beneath the earth. Every one of the sages and Devas came to Lord Vishnu for security and reclamation of the world at its unique spot. Master Agreed to take the Varaha incarnation – an epic swine structure with a horn at the nose. Mother Mahalakshmi said that what she could do in the event that He abandons Her. So asked Adisesha the celestial serpent serving Lord as bed, umbrella and so on. Perumal prompted them to go to Palasavanam and ponder upon Him. He said that Lord Shiva additionally would go along with them and guaranteed that He would be back in the wake of obliterating the evil spirit.

Master Perumal additionally said that this spot would be called Tiruthetri Ambalam in Kaliyuga-the present period. Including, Perumal said that staunch devotee Sri Bashyakarar would convey 108 researchers started to Vaishnavism to this spot and that He would fare thee well and ensure all creatures. Ruler left for Padala Loka, crushed the evil spirit, safeguarded earth and put it in its own particular spot.

Master came to Palasavanam as guaranteed to Mother Mahalakshmi and Lord Shiva and conceded His darshan. He likewise casual here after the war with the evil presence half shutting His great looking red eyes. Subsequently, Perumal is commended as Senganmal Ranganathar – Lord with red eyes

The temple ranks among the celebrated 108 Divya Desas of Sri Vishnu. Of these temples, this is the only temple called ‘Ambalam’. It is strongly believed that devotees are elevated by the grace of Perumal to royal levels and prayers for such positions are immediately responded by the Lord.

The nearest Airport is Tiruchirapalli Airport, located 145 km (90 miles) away from the town.

Nagapattinam railway junction connects Thiruvarur in the west, Nagore in the north, Velankanni in the south and Karaikal in the east. There is a daily express train to Chennai via Mayiladuthurai and Ernakulam via Coimbatore and it connects all major cities.

Extensive network of roads connect it to Chennai, Madurai, Tiruchirappalli, Pondicherry, Thanjavur and all other major cities. Nagapattinam is located at a distance of about 330kms from Chennai by Road.