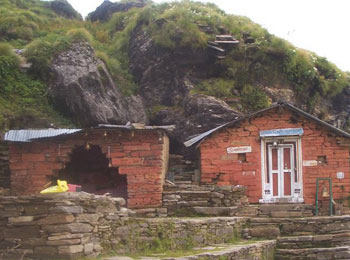 This temple is at Gaurikund in Rudra Prayag district and holds immense religious importance as one of the ‘Panch Kedars’ or five forms of lord Shiva. It is located at an altitude of 2286 metres above sea-level. The temple is surrounded by various holy ponds namely the Suryakund, Chandrakund and Tarakund. Mountain formation in the region resembles the face of Lord Shiva and is hence called the ‘Rudramukh’. 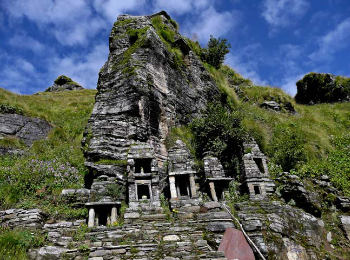 Legend states that Lord Narad meditated here to seek Lord Shiva’s blessings and he appeared in his incarnation as Rudra to bless him. Besides the temple of Goddess Anusuya just 3 km away, one also gets a beautiful view of the other ranges - Hathi parvat, Nanda Devi, Nanda Ghunti and Trishuli ranges. The temple itself is located in the midst of thick forests containing a wide range of flora and fauna and makes for a tranquil and spiritually uplifting visit. People throng Rudranath to pay homage to the dead, since it is believed that the soul passes here at Vaitarani river (the water of salvation) while going to another realm.
Rudranath is an important site of pilgrimage in Uttarakhand. Here, it is the face of Shiva that is paid homage as Neelkanth Mahadev. Rudranath temple is located at an altitude of 2,286 meters, along Vaitarani River and amidst dense jungles. Visiting Rudranath is not for the feeble or the faint hearted as it involves trekking through ridges before reaching the fragrant flowery fields where it is situated. 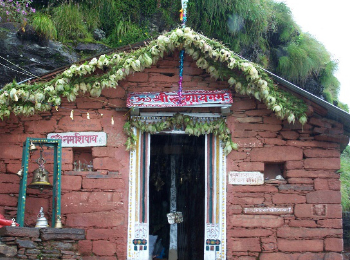 This temple is dedicated to Lord Shiva. The face of Lord Shiva is mysteriously embodied on a shivling, at Rudranath Temple. 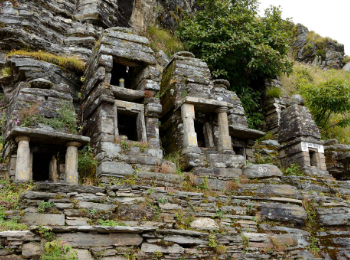 The Rudranath temple is believed to be established by the Pandavas, the heroes of the Hindu epic Mahabharata. Legend has it that the Pandavas came to the Himalayan mountains in search of god Shiva, to redeem them of the sins of killing in the epic Kurukshetra war. God Shiva did not wanted to meet them and left in form of a bull in the ground and reentered in parts in the Panch Kedar places: the hump raising in Kedarnath, the arms appearing in Tunganath, the navel and stomach surfacing in Madhyamaheswar, the face showing up at Rudranath and the hair and the head appearing in Kalpeshwar.

The temple celebrates an annual fair on the full moon day in the Hindu month of Sravan (July–August) that is mostly on the day of Rakshabandhan. The fair is attended mainly by locals.

People come to Rudranath to offer ritual obeisance to their ancestors, for it is here, at Vaitarani river (the water of salvation), that the souls of the dead are believed to pass in the process of moving from one world to another. The place is 23 kilometers from Gopeshwar, 5 kilometers of which is motorable while the remaining 18 kilometers has to be covered via trek. The trail passes through vast wild orchards and involves trekking over high ridges.

The closest airport is Jolly Grant at Dehradun, about 258 kilometers away.

The nearest railway station is at Rishikesh, 241 kilometers away.

Rudranath is situated along the Gopeshwar-Kedarnath Road. From Rishikesh, the entry point, Sagar is 219 kilometers. A 22 kilometers' trek from Sagar will terminate at Rudranath.