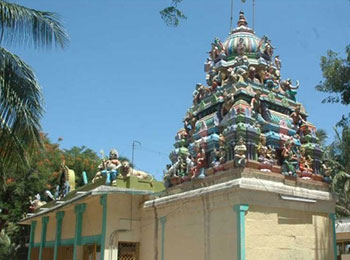 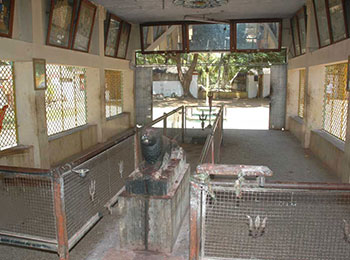 This temple is 500 years old. This temple also has shrines for other deities known as Parivara Devadhas - Ganapathi, Guardian Ayyanar, Karuppanasamy, Balamurugan and Navagrahas the nine planets. The hills Harikesava Parvatham and Varahagiri in the ancient Malaivagada book is presently called Kannivadi hill and Pandrimalai.

The idol of Mother Rajakaliamman is made of Athi wood. There is a five headed snake (Ashtanagar) on which Lord Krishna is dancing. 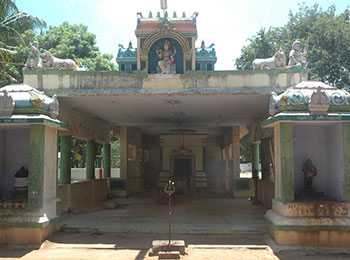 Great Siddha Bogar, one among the 18 Siddhas, came here with his disciples Gorakkar, Karuvurar, Kongan and others and performed poojas here. Great Siddha Bogar gave life to a stone, spilling water from his hand-pot known as Kamandala with the power of his penance. However, Mother Earth did not approve this development. She cursed Bogar and changed the virgin again into a stone. Bogar, having lost all his powers of his penance, became too old in age suddenly. He came to the Kannivadi hills and began his intense penance at Thethupatti Rajakali Amman temple place. Mother Earth was pleased with his penance and appeared before him. She relieved him from Her curse. Bogar then proceeded to Shaktigiri (now Palani) and worshipped God Muruga who graced Bogar with total relief from the curse. Bogar, with his 18 disciples wanted to make an idol of God Muruga and decided to make it from Navapashanas (herbals). Kannaki burnt Madurai city to revenge the Pandya king for the injustice done to her husband Kovalan. After the death of Pandiyan, Kannaki came to the streets not knowing what to do next. The Madurai City deity appeared before her, told her of the effects of fate that led to these tragedy. The deity also told her the story of her previous birth. The fire came under control then. According to a palm leaf note of Siddha Bogar, Madurai deity Kali entered the King's palace and tried to take the sengol (ruling stick). The king cried "Oh! Meenakshi, Oh! Sokkanatha". Both appeared at the place. At this point, there arose a debate between the Madurai Goddess and Sokkanatha. God Sokkanatha accused the Madurai Goddess that She failed in her duty to protect the city and the Pandya dynasty though she also belonged to that family. The Goddess replied that Kannaki was a human only till she entered the King's place. Thus, she was not able to control Kannaki because of fate's effects. Sokkanathar said that Pandya had to be born many times again for the wrongs committed by him and he would build a Kali temple in his final birth and cross the curses. The God also told the Goddess that she would not have a temple for herself. It is believed that Kali is there formlessly at the place where Maha Bogar performed penance. 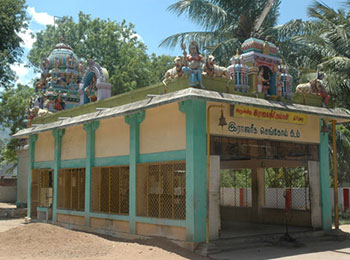 Kol Chara Navagrahas (also the nine planets) are installed in the temple made of Panchalokas – made of a mixture of five metals – in accordance with the Agama (procedures) rules. Lord Krishna dancing on the 8 heads of a snake (Ashta Nagar) is a beautiful fest to the eyes of devotees, which is described as Kalinganardanam – Lord Krishna dancing on the thousand heads of snake Kalinga polluting the holy River Yamuna in our scriptures.

Rajakaliamman Temple is situated 22 kms from Dindigul on the Palani-Dindigul-Madurai road near Kannivadi. It is very famous in the state Tamil Nadu. The place where the temple located is called Thethuppatti.

The nearest railway station is Dindigul which is 43 km away from Shri Kali Amman Temple. Dindigul is connected by all trains running in Tamil Nadu.

Nearest airport is Madurai which is 66 km away from Dindigul. From here, private taxis and Govt buses available at the airport to reach the temple in Thetupatti.