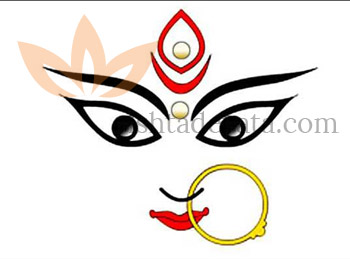 According to ancient epigraphy details still available in the temple, Sri Kamatchi Amman was gracing Her devotees being under a bamboo tree surrounded by Arali plants. She was in a small form then. People use to light 63 deepas in the temple remembering the 63 Shiva devotees known as Nayanmars. There are shrines for Astalakshmi and Shakti Vinayaka.

The temple was under the private administration of one Peria Gounder a native of Tummichampatti in the year 1942. He also installed a Guardian Deity Karuppanasami idol here for the protection of Kamatchi Amman. In those days only Navarathri was celebrated in the temple. Later, a committee was formed to build a proper temple with a Gopuram-Tower. A woman by name Danalakshmi donated the Kamakshi Amman idol. The silver crown on the Amman looks very beautiful.

Navarathri is grandly celebrated in the temple in the month of Purattasi – September-October.

Sri Kamatchi Amman is believed to be powerful to grace Her devotees with children and help those facing problems in marriage proposals.

The nearest railway station is at Dindigul Railway Station.

The temple is noticeably situated in the heart of Oddanchathiram in Dindigul district.