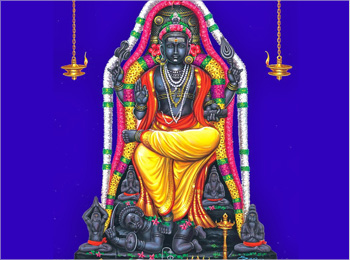 Alangudi is a small village in Thiruvarur District, Tamil Nadu, India. It is 7 Kms South of Needamangalam Railway station and 17 Kms South of Kumbakonam, on the road that leads to maanargudi. Alangudi, Kasi Arranyam or Thiru Erumpoolai are the names by which this holy place is known. The Divine poet, Thirugnanasambandar has blessed this Sthalam as beautiful place filled with flowers.

Abathsagayeswarar Temple is located in Alangudi and is dedicated to God Dakshinamurthy. The planet Jupiter here is ruled by God Dakshinamurthy who is held in great reverence. It is known as Gurusthalam. Guru Bhagavan is actually God Shiva bestowing knowledge to all mankind. The term Guru translates to mean a person who destroys darkness or enlightens. This means, that a Guru is a person who leads you from the darkness that ignorance is, to the light of knowledge. It is one of the navagraha sthalams. It is said to be in the Chola region south of the river Kaveri as inscriptions dating back to the period of Vikrama Chola in 1131 is found here. 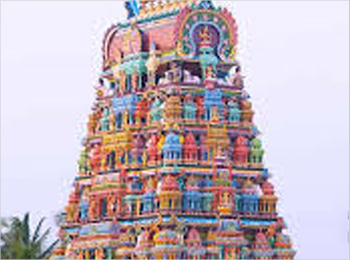 There are shrines to Kaasi Viswanathar, Surya, Visalakshi, Gurumoksheswarar, Saptarishi nathar, Someswarar, Somanathar, Vishnunathar and Bhrameesar. People whose birth star sign is Punarvasu Nakshatra have to visit Arulmigu Abathsagayeswarar temple - Alangudi in Tamil Nadu twice in a year or at least once in a year. One should stay in the temple premises for two and half hours. Visit the Temple in your birth star or Nakshatra. For those falling under the punarvasu nakshatra should visit the Arulmigu Abathsagayeswarar temple. God Guru Bhagavan or God Dakshinamurthy is one of the "Navagrahas" and is referred to as Jupiter. Alangudi is the "Guru Stalam" and is dedicated to planet God Jupiter. 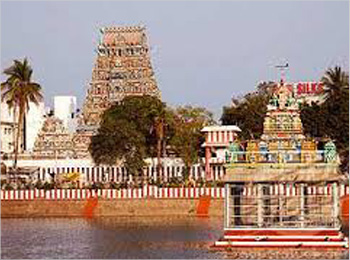 This is known as the "Arulmigu Abathsagayeswarar temple". The main deity is Lord Shiva. The presiding deities are, Lord Ganesha who is also known as "Sri Kalangamar Katha”. Lord Shiva is in the form of a lingam known as "Sri Dakshina Murthy” and "Sri Guru Bhagavan" or "Brahaspati". Shrine of Lord Murugan is also seen in the temple premises. Goddess Sri Elavarkuzhali Ammai (Umayammai) is also there in this temple complex. There are also shrines of God Murugan (Subramanyam) with his consorts, and Goddess Lakshmi. 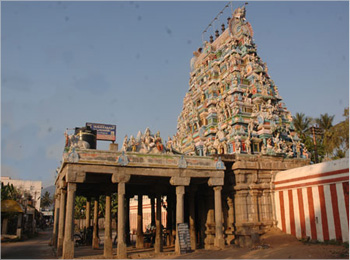 Legends state that Alangudi is the spot where Lord Shiva expended the fatal toxic substance, which was discharged amid the churning of the "paarkadal" (Sea of milk). Henceforth the spot is known as Alangudi, which actually signify 'the spot where Lord Shiva expended the dangerous toxic substance'. The Devas, while stirring the paarkadal for nectar, were blocked by the toxic exhaust from the snake Vasuki and appealed to Lord Siva for help. Lord Siva gulped the destructive toxin (Ala Visham), accordingly offering ascent to the name Alangudi to this sthalam and the Lord was known as "Aabathsagayeshwarar" (One who safeguards from the peril). Devas once faced danger from a daemon, Gajamuha suran and Lord Ganesha repressed Gajamuhasuran, and thus Lord Ganesha is worshipped in this place as 'Kalangaamal kaatha Vinayagar'.

Goddess Parvati took up severe penance to wed Lord Siva and married him here. Subsequently this spot is additionally hailed as Thirumana Mangalam. Master Siva as a ferryman (boatman) helped Sundaramurthy Swamigal to cross the stream Vettaru, a branch of waterway cauvery, 3 km far from Alangudi, which was in spate, to achieve this spot. The vessel inverted hitting a stone, in transit. Lord Siva siting on his Rishaba Vahana helped him reach the place safely. Sundarar got his Gnana upadesam after his darshanam of Dakshinamurthy at this place. This place is the Parivara sthalam for Madhyarjuna Mahalinga Peruman. This is the fourth amongst the Panchavarunya.

Transit day of planet Jupiter from one zodiac sign to the next is celebrated with special pujas, Poornima day (Full moon day) in the month of Chithirai (April-May), Thai poosam in January-February, Panguni Uthiram in March-April and Car festival for Lord Dakshinamurthy are the festivals celebrated in the temple.

Guru Puja in Chithirai (April-May), Jupiter transit days and Mahasivarathri Sangabishekam in Masi (February-March) are devotionally celebrated in the temple.

The presiding deity Aabathsahayeswarar is a Swayambulinga Murthy in the temple. Lord Dakshinamurthy adored as Guru Baghwan (teacher of Dharma and Yoga sastras) has special importance in the temple and therefore, the place is regarded as Dakshinamurthy Sthala – the holy place. Mother Parvathi performed penance here to have Shiva as Her husband. Scars of measles are found in the idol of Saint Sudarar. People facing adverse effects of Jupiter aspects pray in the temple.

There are numerous buses starting from Kumbakonam to the place Mannargudi which halt at Alangudi.