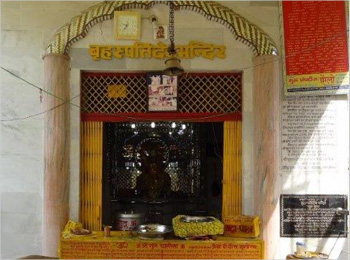 The Sooraj Kund is the most fascinating temple in Meerut. Sooraj Kund Temple and the Mausoleum of the Pir Sahib are the places which are worth seeing during your tours to Meerut.

Sooraj Kund Temple in Meerut boasts of impressive architecture. The earlier grandeur has been destroyed in the ravages of time. Even today, the temple is visited by hundreds of devotees. The people offer sweet, light incense sticks, and garland the idol.

Sooraj Kund temple in Meerut was built by a rich businessman Lawar Jahawarlal in 1714. Earlier, this was filled up by the water of Abu Nala. Later, it was filled by Ganga Canal. There are several temples around the Sooraj Kund.

The Delhi Airport is the nearest airport to Meerut.

Meerut is easily accessible by a good network of roads.