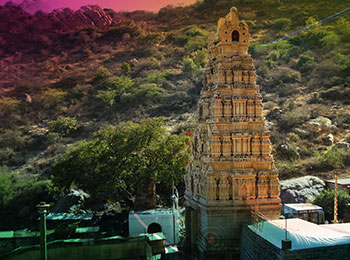 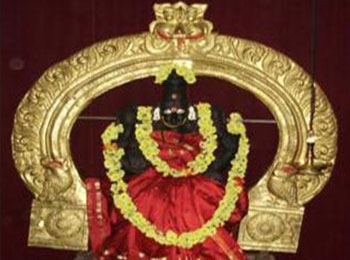 The overall art and architecture of the temple is great. Exterior premises are full of carvings of various gods and goddesses. In the inner sanctorum, is the idol of Maa Sati made of black stone and is always covered with red cloth.. Around the idol is the gold dome that covers the idol 2/3 part from above. Maa Kheerbhawani's (Ksheerbhawani) holy temple is also situated here. 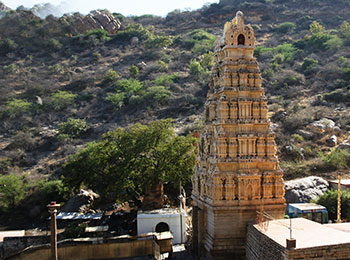 Devotees worship goddess with the name Shri Sundari (one who is beautiful) and Bhairava associated with goddess is Sundaranand (on who is handsome). Shri Sundari devi is considered as the goddess of siddhis (one who can accomplish spiritual boons). Mother Goddess in any form is the representation of mother nature. Maa Shree Sundari represent the beauty of mother nature which is around us. The sacrifice of Maa Sati was for the respect and dignity of Her consort Lord Shiva. In this form Devi Maa blesses her devotees wither eternal beauty and purity of thoughts. That is why people seek the blessings of Goddess Durga always in there life.

According to the history, Daksha who is the father of Goddess Sati insulted the Lord Shiva and Devi Sati. He did not invite them to Daksha Yaga. Goddess Sati did not get the permission from Lord Shiva and went to the Daksha Yaga. Her father insulted both Devi Sati and Lord Shiva.Hurt goddess Sati sacrificed herself in the Yagna. On hearing this, Lord Shiva got angry and he started to dance to destroy the universe. To prevent this, Lord Vishnu Sliced the body of Devi Sati with his Chakra. The parts are thus placed in 52 different parts of the world, famous as 52 Shakti peethas. In this temple Goddess sati’s right anklet was placed and worshiped as Shri Sundari.

Maha Shivaratri during February- March is the major festival of this place and celebrated with great devotion, fun and dedication. People keep fast during these days as this day is considered highly auspicious. On the other hand, Navaratri is also an important festival and celebrated for Nine days and 9 forms of goddesses Durga is worshipped. A special fair is held during Deepavali.

According to the mythology Daksha yagna and Sati self-immolation, it is the holy place where “Right anklet (ornament)” fell down.
During the period of Navaratri, nine days are celebrated grandly and on Shivratri devotees gather in large number and celebrate. On occasion of Diwali a special fair is conducted.
It is believed that “Takar” is born at this place, Siddhas come here to attain perfection of Aindrajalika Siddhis. It is also believed that one can easily attain Vedartha Gyan with minimal meditation.
Apart from Hinduism, you find Buddhism is a dominant religion and you will feel the essence of Buddhism in music, architecture, local people’s life’s and paintings.
According to few ancient scripts Srisailam in Kurnool district, Andhra Pradesh, India is believed to be Shriparvat. It is also treated as Dakshin Kashi, as it houses one among 12 Jyothirlingas.

The nearest airport is at Leh, which is well connected to Delhi, Jammu, Srinagar, Chandigarh and several other cities in India.

Ladakh is located 434 kms from Srinagar and 494 kms from Manali. You can hire a cab or a jeep or board a JKSRTC bus to reach Ladakh. Alternatively, you can embark on a bike trip to Leh from Srinagar, Manali or Chandigarh depending upon the time you have. The highways are shut due to heavy snowfalls during the winter months. So, you can only travel to Ladakh by road between May to September.