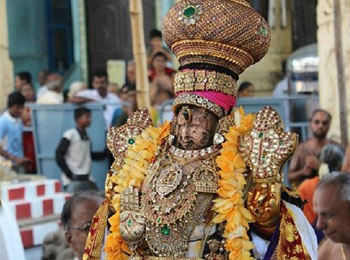 Sri Per Arulaalan Perumal Temple,also named as ‘Thiru Sempon Sei‘ is situated in Thirunangur village of Sirkazhi, Nagapatnam district of Tamilnadu, dedicated to Lord Vishnu and also one of the 108 Divya Desam Temples.This sthalam is also one among the Thirunaangur Divyadesam and lies in Thirunaangur in Tanjore district in Tamil Nadu. It's about 5 miles away from Seerkazhi. Bus facilities are also available. This sthalam is called with other names like Hema Rangam, Nagapuri, Nangai Nagaram. Noted Vaishanvite Saint Tirumangai Azhwar had sung the praise of Lord Perarulalan blessing the devotees from the Tirunangoor temple.Perumal of this temple joins the 11 Garudaseva celebration Perumals coming in parade on Garuda The temple is open from 7.00 a.m. to 10.00 a.m. and from 6.00 p.m to 8.00 p.m. Sages Rudra and Dhrudanetra Muni had the gift of enjoying the darshan of Lord in this temple. Devotees perform Tirumanjanam to Lord and Mother and offer vastras. Sages Rudra and Dhrudanetra Muni had the endowment of getting a charge out of the darshan of Lord in this Brahmmotsavam is commended in the temple in October-November on the Swati Star day, the conception star of Perumal. Lord Vishnu appeared in eleven forms as Lord Shiva did and solaced, Lord Shiva saying that His dance of destruction may result in the destruction of entire creations on the world. The eleven forms of Lord Vishnu which appeared at Thirunangur is said to be where the eleven temples of Lord Vishnu are situated. Hence, the eleven temples at Thirunangur are very closely associated to each other in one way or the other. It is said that Lord Rama, the seventh avatar of Lord Vishnu gifted a gold idol of a cow to a Brahmin who stayed in the ashram of sage Dranethra, after killing the Demon King Ravana.And hence this temple is called as Thiru Sempon Sei Kovil. Festivals are Thirumangai Azhwar Mangalasasana Utsavam and Garudasevai – January or February, Vaikasi Brahmmotsavam – May or June 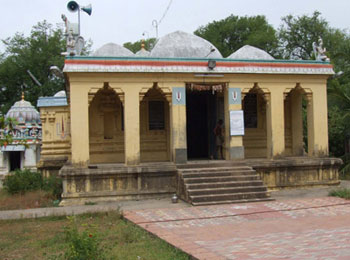 The presiding deity of this temple is Lord Senkanmaal Ranganatha Perumal (Lord Vishnu) also called as Lord Palli Konda Perumal, with four hands facing the east direction and Goddess Sengamalavalli (Goddess Lakshmi) has a separate shrine in this temple.The Vimanam (temple tower) of Sri Seganmaal Ranganatha Perumal Temple is called as Vedha Vimanam. The Theertham or Pushkarani (Temple Tank) of Sri Seganmaal Ranganatha Perumal Temple is called Surya Theertham. Here the perumal is in dozing stance. Here we may bring that possibly he resting before moving or taking rest in the wake of moving.In spite of the fact that the Lord is in resting stance his eyes would be wide every one of the times. The perumal at this spot is known as Shenkann Maal for he has ruddy eyes. The eye's would have get to be red in the wake of performing an exceptionally intense move or would have get to be red as he never shuts his eyes even while resting. Keeping in mind the end goal to educate individuals that the perfect individual clarified in the Vedas is none other than himself, the vimaanam is named as Vedha Vimaanam. In spite of the fact that the Lord is in dozing stance, he is guarding his enthusiasts utilizing Yoga Maya and is seeing the world's happenings through his sun like eyes. So the Pushkarani is named as Surya Pushkarani (Suryan means Sun)." Sri Seganmaal Ranganatha Perumal Temple is revered in Nalayira Divya Prabandham and unlike the other temples revered by Thirumangai azhwar, this temple is revered by the other Azhwars. 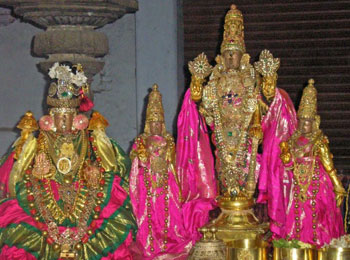 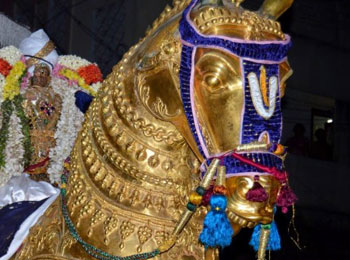 While coming back to Ayodhya subsequent to slaughtering Ravana in war, Lord Sri Rama stayed in the seclusion of Sage Dhrudanetra Muni. As recommended by the sage, to rinse Him of the Brahmmahati dosha for killing Ravana, Lord Rama made a major Golden Cow, went into it and performed retribution for four days. At that point He gave the brilliant dairy animals to a Brahmin on the fifth day. He sold the dairy animals and utilized the returns to fabricate this temple. As the temple was constructed with deal continues of the brilliant cow, the spot came to be known as Sem Pon Sei Koil – Sempon-immaculate gold, koil-sanctuar


This is one of the 108 Divya Desas of Perumal. Those worshipping Lord here in all sincerity will be relieved of the poverty they are in with good jobs and progress financially, it is believed.


Aipasi Brahmmotsavam is celebrated in the temple in October-November on the Swati Star day, the birth star of Perumal. On the day following Thai Amavasya-new moon day in January-February, Perumal of this temple joins the 11 Garudaseva festival – 11 Perumals coming in procession on Garuda.


Those worshipping Lord here in all sincerity will be relieved of the poverty they are in with good jobs and progress financially, it is believed. Devotees perform Tirumanjanam to Lord and Mother and offer vastras.


The closest airports are in Chennai and Trichy.


The closest railway station is in Sirkali


The temple is on the Sirkali-Nagapattinam route. The devotee has to get down at Annan Koil stop. The temple is 3 km southward from this bus stop. Auto facility is available.