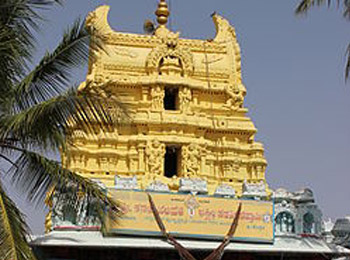 Kanakachala Lakshmi Narasimha Temple also known as Kanakachalapathi temple is a 16th-century Hindu temple dedicated to the God Vishnu. It is located in the town of Kanakagiri, in the Gangavathi taluk of Koppal district in the Karnataka state, India. 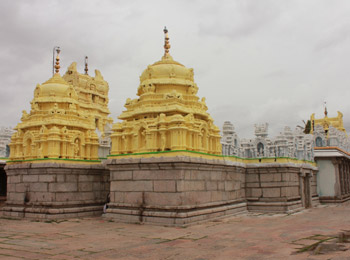 The Kanakachalapathi temple is an example of Dravidian architecture of the Vijayanagara era. It is a protected monument under the Karnataka state division of the Archaeological Survey of India. The temple was built by the ruling vassal polyagar (Nayaka or feudal lord). The temple complex is a large one with spacious halls (mantapa) and massive Yali pillars. There a three well executed tiered gopuras (tower over entrance) over as many entrances. Sculpture in the temple includes those of mythological figures in wood and pilaster, and that of kings and queens in black stone. The huge chariot in the temple known as Kanakaraya Ratha has 6 wheels and each wheel has 9 feet circumference. 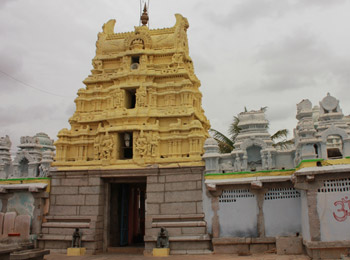 In the months of February and March, during the Phalguna season, the temple hosts a popular fair called the "Kanakachalapathi fair" (Jatra).

The nearest airport is Bangalore Airport. The nearest railway station is Koppal Railway Station. Gangawati, Sindhnur are the nearby by towns to Kanakagiri having road connectivity to Kanakagiri.