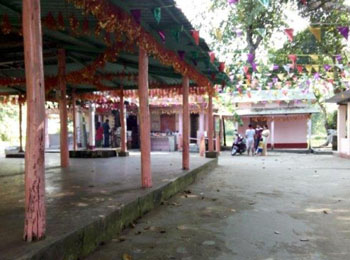 The Bagheswari Temple is a Hindu temple dedicated to the mother goddess Bagheswari, one of the oldest of the 51 Shakti Peeths. It is situated in southern part of Bongaigaon city in Assam, India. It is an important pilgrimage destination for Hindus.

Bagheswari Temple is located on the in the middle of Bongaigaon town. This temple is one of the oldest and famous temples which have its own importance. Beautiful Bageswari temple of this town is proposed to be developed as afforested hillock with a garden and a small artificial lake fed by a perennial stream.

This is a great place where in ''Devi Durga's'' Trishul (Weapon) fell down when her body was cut into pieces by God Vishnu, just after Dakshshaya Yagya (ritual ceremony organized by durga's father).

How to Reach Bongaigaon