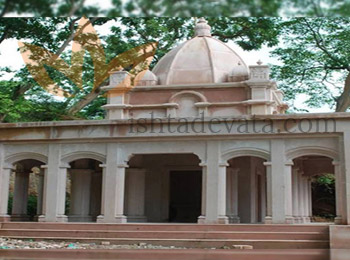 The temple is located at Ishwaripur, Shyamnagar upazila, Satkhira district of Bangladesh. Yashor Shakti Peeth comes as one of the famous Shakti Peethas outside India. Shakti peeth Yashor is the third most important Shakti peeth of Bangladesh. People from different parts of the worlds visit this powerful place regularly. Yashor can also be known as Jessore or Yashohar. The place was not so popular but after the establishment of temple in the particular place, Jessore or Yashohar has become really popular.

Yashor Shakti Peeth is among the 51 Shakti Peeth of Maa Sati. It is said that, the Left Palm of Maa Sati fell here, when lord Vishnu in order to relieve lord Shiva from grief of losing his wife Sati, used his ‘Sudarshan Chakra’ to incise maa Sati Body. Then, at the place of fall of Left Palm, this temple was constructed. Yashor shakti Peeth is situated in near Ishwaripur, Shyamnagar upazila, Satkhira district of Bangladesh. Here the idol of maa Sati is called as ‘Yashgoreshwari’ and the lord Shiva is worshipped as ‘Chand’.

Yashor Shakti Peeth is as the most attendance of Goddess Shakti to come in form of Goddess Yashgoreshwari, while Lord Shiva is worshipped as Lord Chand thereon. There is varying explanation of the term chand. Some people call it as moon where as another group of people denotes the term as the person who holds moon in his hand.

According to the history, Daksha who is the father of Goddess Sati insulted the lord Shiva and Shri Sati. He did not invite them to Daksha Yoga. Goddess Sati did not get the permission from lord Shiva and went to the Daksha Yoga. Her father insulted a lot. so goddess Sati sacrificed herself in the Yogna. On hearing this, lord Shiva got angry and he started to dance for destroyed this universe. To prevent this, lord Vishnu Sliced the body with his Chakra. It was placed in 52 different parts of the world. That is known as 52 Shakti peethas. In this temple goddess sati’s Left Palm was placed and worshiped as Phullara.

People can fulfill all their desires and hopes once they make a committed devotion toward the particular temple and power of goddess.

First of all, for non resident of Bangladesh everybody needs to get visa for roaming and going for this sacred site. A dedicated airport is there in Dhaka (Capital of Bangladesh), and provision of both national and international flight is there in this airport. There is no rail route between both countries. There are couple of buses that ply from major cities of India towards this sacred site. Personal vehicles are not allowed.