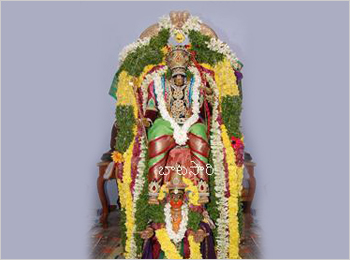 Yagna Varha temple, a temple for the 3rd incarnation of Lord Vishnu, is one of the famous temples of Karimnagar district in the state of Andhra Pradesh. Very few temples are dedicated to Yagna Varha Swamy, of of the main avtars of Vishnu. This temple is one of them. The temple is maintained by a Sarvavaidika Sansthanam. The temple conducts many rites round the year that includes annual Brahmotsavam, Pavitrotsavam, Varaha Jayanthi, Vara Lakshmi vratham, Sathya Narayana Vrathams, Ganesh Navaratri, Devi Navaratri etc. 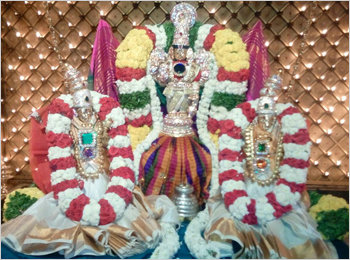 This temple is built as per traditional Dravidian architecture. The center portion of the temple has a resemblance of the Hoysala temples. Gopuram is three stories, not too high. The temple includes lots of carvings, which are found on the inside walls of the temple. The original temple was built during the rule of Vijayanagar Empire. Later restorations were done in various phases and currently the temple has the glory and dignity. The temple Mahasamprokshana was done during the year 2009.

In the Garbhagriha of the temple, idol of Yagna Varha Swami is established. Sri Sudarshana Chakra is also placed near the statue of Lord Vishnu. Inside the temple one can find sculptures displaying the various religious stories which is self-explanatory. The constructional pattern indicates the dates of establishment of the temple.

Lord Varaha is the Vishnu avatar who lifted the earth that was hidden in the ocean by the Daitya Hiranyakasya. Lord Varaha slew the daitya Hiranyakashya and brought back the earth from the bottom of the sea thereby relieving bhooma devi (Mother earth) of her miseries. Bhoom devi prayed to Lord Vishnu, in the Varaha avatara, and requested him not to leave the earth. Pleased with her worship Lord Vishnu stayed back and graced his devotees. From that day on the lord was known as Bhuvaraha Murthy.

Karimnagar is not fully served by the Indian Railway, though a good train line passes through the district. Bus connectivity is the best to move to and from Karimnagar.