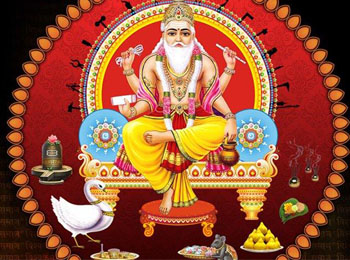 Dedicated to Lord Vishwakarma, Baba Bishkarma Mandir is a popular temple structure visited by many people on a regular basis. This sacred Hindu shrine witnesses many devotees and tourists because of its nearness to the Centre Of Nawada.

Viswakarma (Sanskrit for "all-accomplishing, maker of all, all-doer") is personification of creation and the abstract form of the creator God according to the Rigveda. He is the presiding deity of all Vishwakarma (caste), engineers, artisans and architects. He is believed to be the "Principal Architect of the Universe ", and the root concept of the later Upanishadic figures of Brahman and Purusha.

How to Reach Nawada

All major airlines operate flights directly to Patna. Indian Airlines operates daily flights to, Delhi Kolkata and Ranchi and Lucknow. The district lies in the East Central Railway of Indian Railways. National Highway 20 runs roughly north-south through the western side of district, serving many villages and towns, including the administrative center of Nawada. National Highway 120 follows a 30 km route in the far northwestern corner of the district, passing through the town of Hisua.