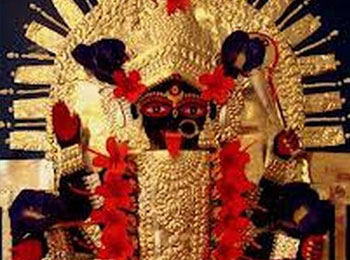 Vibhasha Shakthi Peeth is also called as Bargabhima Temple. It is a Hindu temple in Tamluk near Kolkata in Purba Medinipur district of West Bengal. It is around 87.2 kms from Kolkata and 85 kms from Kharagpur. It is well connected by NH-6 and south eastern railway tracks. This temple is one of the major historical spots in Purba Medinipur district.It is an ancient Hindu Goddess Kali temple built around 1150 years old and by maharaja of Mayor dynasty. This temple is considered as one of the 51 shakti peeth of mother Durga where left ankle of Devi Sati fell.The temple has been declared by Heritage Site by West Bengal Govt. The current temple is relatively new as it is built after Islam invasion in Bangal in medieval time. This temple has been mentioned in an old Bengali literature several times.The temple is the mixture of three culture namely Hindu, Buddhism and Oriya. The local people celebrate Durga Puja and Bengali very grandly. 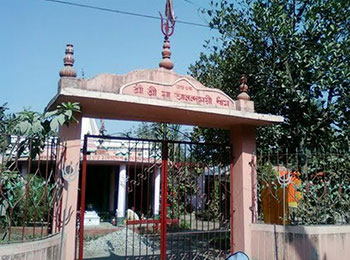 The temple has a huge area with a courtyard. Inside the inner sanctum, the idol of Kali ma is kept beside the huge Shiva Linga made of black touchstone and is surrounded by a circular partition made of white marble. Goddess Kali is the presiding deity worshipped here and is an incarnation of the Holy Mother Mahisasurmardini, the slayer of demons. The deity has four hands holding a Trishul and a human skull. In her lower hands, She is holding the heads of the demons after slaying them. The architecture of the shakti-peeth resembles that of a Kalinga temple tombs as well as quintessential Bangla aatchhala styled Natmandir. Pilgrims will find it very peaceful to spend after some time here in the midst of mother nature’s abundant presence. The old temple was destroyed during the Islamic invasion. The present temple is a structure built on the remains of the ancient temple. 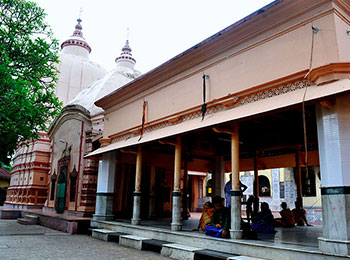 Devi Sati’s left ankle fell down in this place and is worshipped as Kapalini (Bhimarupa). Bhairava ( Lord Shiva) is Sarvanand. In the inner sanctum of the temple, is a large ‘Shiv Ling’ made of black stone. Priest and pilgrims worship here and Yagnas are also carried from time to time. All around the ‘Shiv Ling’ is the White marble boundary. 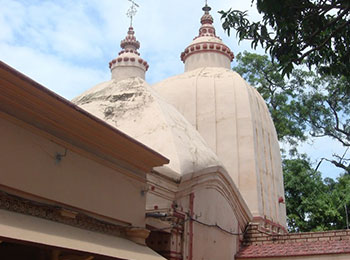 Tamluk, previously known as Tamralipta is one of the most significant Vaishnav Shrine. It is believed that the place has been sanctified with the presence of the lotus feet of Lord Krishna. According to Kashidas Mahabharata and Jaimini Mahabharata, Sri Krishna Himself came to Tamluk and released the Horse for the Ashwameda Yagna. Alongside the presence of the Shakti Peeth of Vibhas has also made the place pious for the Shaktas and the Shaivas as well.

Barunir Mela is celebrated during Makara Sankranti in January. Bhima Mela is celebrated on Magha Shuddha Ekadashi that is from 11th day of Magha masa in January to – February. Ratha Jatra at Harir Hat is celebrated in the Bengali month of Ashar (ashada), besides Charak Mela also being celebrated. The other important festivals are Makar Sankranti, Sharad Purnima, Deepawali, Somvati Amavasya, Ram Navami,Navratri.

The Nearest Railway Station is Kolkata Railway station. Tamluk is a junction, thus is well connected by both road and rail. There are also direct trains from Howrah to Tamluk.

There are public and private vehicles available to reach Vibhash Shakti Peeth Temple. There are six bus routes starting from Tamluk.