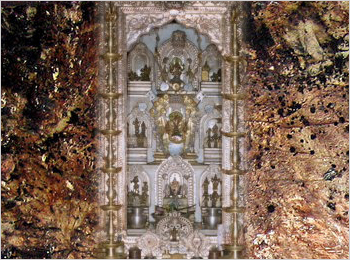 The Venkatraman Temple is a temple dedicated to Lord Vishnu Temple. It is located in the town of Kumta ( Khumbhapuri ) Uttar Kannada district of Karnataka. The Punar pratishtha of this temple was done by H. H. Shrimat Vidhyadhiraj Tirtha Swamiji on 23rd May 1991. 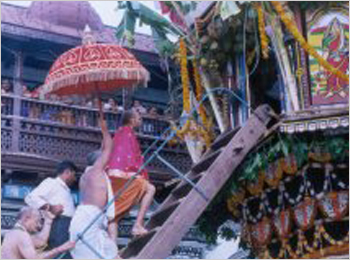 Shri Venkatraman Dev Temple is managed by Shri Samsthan Gokarn Partagali Jeevottam Mutt, this temple is also known as a Mutt (spiritual, divine and social center). Besides the presiding deities, Lord Gopalkrishna and Venkatraman, other deities such as Lakshmi, Satyabhama and Mukhya Pran Dev are worshipped

It is a center for social activities for Gowda Saraswat Brahmin Community. 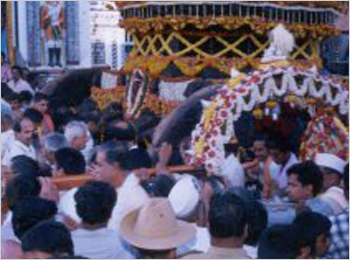 The presiding deity of this temple is Shri Gopalkrishna and Shri Venkatraman. Other Deities that are worshipped in this shrine are Shri Laxmi, Satyabhama and Shri Mukhya Pran Dev.

Long time back Lord Gopalkrishna was the main deity who was worshipped in this temple. Later on a beautiful idol of Lord Venkatesh was brought here by a wandering Sanyasi, who before his pilgrimage to northern India, installed the idol in this temple. Since then, this town saw all round progress and this temple was renamed as Venkatraman Temple. In front of this, there was a small temple of Shri Hanuman. It has now become a popular holy center for numerous devotees of the community in and around Kumta.

This temple under the control of Shri Samsthan Gokarn Partagali Jeevottam Math.

In 1981 under the auspicious guidance of H. H. Shri Vidyadhiraj Tirth Swamiji "Ati Vishnu Mahayag" was performed. It was a important event and was regarded as the first Mahayagna in Karnataka State.

The Car Festival celebrated in the month of February and Establishment Day of the temple in the month of May are the two main occasions of the temple. Some of the other religious functions that are organised in the temple include Kartikotsav, Champashasti Utsav, Saptaprahar Bhajan, Rathotsav and Ugadi. Mukkoti Dwadashi, Akashaya Triteeya, Anant Vritha and Ramnavami are some other festivals that are celebrated at this temple.

Buses will be available from the major cities of Karnataka. Bus NH/17.