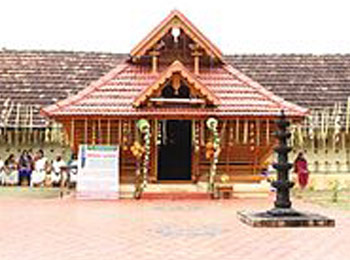 The Vengeri Sri Subrahmanya Swami temple is located at Vengeri in Kozhikode . Kozhikode, also prominently known as Calicut, is a city in the state of Kerala. It is located in southern India on the West Coast known as Malabar Coast. Kozhikode is the third largest city in Kerala. The city lies about 380 kilometres (236 mi) north of the state capital Thiruvananthapuram. 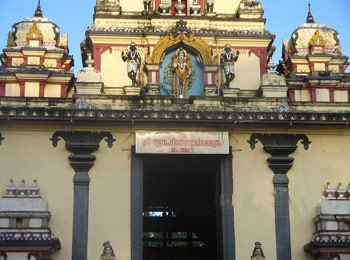 The Vengeri Sri Subrahmanya Swami temple is a temple dedicate to Lord Subramanya. The entire structure of the temple is located in the hill top unlike other temples in that region. It is more than thousand years old. The devotees of this temple believes that Lord Subrahmanya relish to be at highland and hilltops.

Some hudreds of years back, in the golden period of Indian culture, sculpture, tradition and philosophy, a group of brahmins from Tanjore, popularly known as Thanjavur chanced to travel to West for reasons unknown. Beside the articles they were carrying, happened to be an idol of lord Subramanya. While crossing the land where the temple currently stands now, the team decided to take a break.

They put their baggage’s down and kept the idol of Lord Subramanya behind a Venga tree. The idol was placed leaning on the trunk of the tree for safety purpose, so that it wouldn’t fall down, and moved to the nearby river for bathing and washing. Once they were done with the work. They came back to get the idol, and to their surprise, they found that the idol had got stuck to the trunk and remained unmovable.

The Brahmins tried their best to lift the idol of Lord Muruga, but all their efforts ended up futile. Later they realized that, the place they kept the idol was a sacred spot and felt that it was the right location to build an abode for the lord and offer their prayers to him. They found that the location had similarities to Palani, where the temple for Lord Muruga as Dandayudapani is present. There was a beautiful stream flowing on the North of the location which provided with ample fresh water. The soil on the land had the smell of sandal and looked bright saffron in colour.

The tranquility of the place captivated the Brahmins. They understood that it’s Lord Subrahmanya’s desire to reside there and bless the humanity. With the help of people living in the village they built a beautiful temple for Subrahmanya Swami. The temple was completely in Kerala architecture and within short period of time, become very famous.

The temple was in ruins for a long period and devotees were having a tough time due to the anger of the God. It was in 1990, the temple restoration works began, and within few years Sreekovil and Nalambalam buildings completed and regained the glory with Puna-pathishta of the God and started daily pooja. Now renowned committee of devotees takes care of the daily routine, special programs and annual festivals of the temple.

Puyam is very special occasion for Sri Subrahmanya Swami. The temple celebrates Puyam day of Makara month with special pooja, Abishekam. Subrahmanya sahasranama archana along with a host of activities are undertaken. Visiting temple on Taipuyam is believed to be very favorable.

Sashti Vratham is observed on the sixth day of the waxing phase of moon (ShuklaPaksha) in a Hindu calandar. Special poojas are carried out at this day in the temple. It is understood that Vratham observed on this day makes one’s married life successful.

The efforts to restore the temple and bring back to the glory started on August 15 of 1990. August 15 is celebrated as the day of recollection now. Special Pooja, Archana and Annadanamis held at the temple on this day. 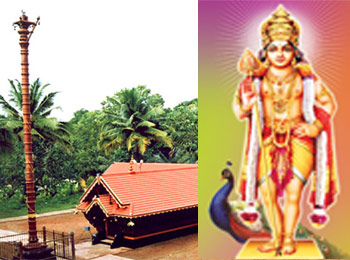 The temple is located at a distance of 9 km from Kozhikode.