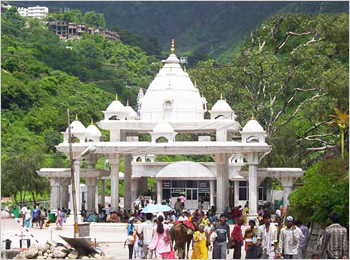 Sree Varadaraja Venkataramana Temple is situated about five hundred meters north of Kasargod railway station. This temple is very well maintained and has exquisite wood carvings in the Namaskara and inner Mukhamandapa depicting the puranas.

The temple was established in the year 1772, by the Kasaragod Pattanashetty family. Jeernoddhara and Punarprathistha was done five years later in 1799. The idols which are present in the temple now were set up in the year 1905 by H. H. Shrimat Varadendra Tirth Swamiji. There are Shri Venkatramana and Padmavati idols. The weekly activity of Sankeerthana Saptaha began in 1910 in the presence of H. H. Shrimat Sudhindra Tirth Swamiji. The Shri Rama Nama Likhita Japayajna was organized during the year 1970. The Bhajana Saptaha Amritha Mahotsav and Shri Rama Mandir Prathistha were conducted in the year of 1985. The full renovation called Jeernoddhara took place in 1993, performed by H.H.Shrimat Raghavendra Tirtha Swamiji. The Prathistha Shathamanotsava of the God was done in 2005. 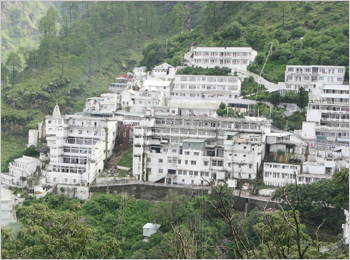 The temple is located in Srirampet and with Sri Varadaraja Venkatramana as the main deity. This temple lies on the banks of the river Payaswani. The temple was initially established as a temporary structure in 1772 AD, by Kasaragod Pattanashetty family. A permanent structure was built and Punarprathistha was carried out in early 1799 A.D. Arrangements were also made for permanent sevas at the temple and the management was left to the priests. The community took over the management of the temple in 1858. But, due to theft of the deity that happened in 1897-98 the temple was closed. It was re-established and the present idols of Shri Venkatramana & Padmavati were consecrated by HH Srimad Varadendra Thirtha Swamiji in 1905. In 1910 the annual Bhajana Saptaha was started.

New Poojaris were appointed in 1913. The temple again got into difficulties due to fight amongst priests who claimed it as their property in 1913. The legal battle was waged upto 1930 when it was settled in favour of the community. After a fire in 1921 part of the temple was renovated. In 1935 Sukratheendra Mandir was built along with a community kitchen. A temple tank was also completed. The Venkatesha Mandir was built in 1946. In April 1952 it was decided to rectify the defects in the temple and re-consecrate the five idols of the temple at the Holy hands of Srimat Sudheendra Thirtha Swamiji. The re-consecration took place on 29th March, 1954. In 1961 AD, the Golden jubilee of Sankeerthana Saptaha was celebrated and blessed by Srimat Sudhindra Tirtha Swamiji. A special feat of Shri Rama Nama Likhita Japayajna was held in connection with the golden jubilee in which the community members has transcribed Sri Rama Jay Rama Jay Jay Rama: 52 crore times on paper. In 1993, complete Renovation and Punarprathistha was performed by Srimat Raghavendra Tirtha Swamiji.

The main deity of the temple is Sree Venkatramana (shila vigrah). The temple also houses the pancha loha idol of Venkatramana with Sree devi on the left and Bhoomi devi on the right. The other Deities that grace the temple are Goddess Mahalaxmi, Hanuman, Garuda and Maha Ganapati.

Buses will be available from the major cities of Kerala.