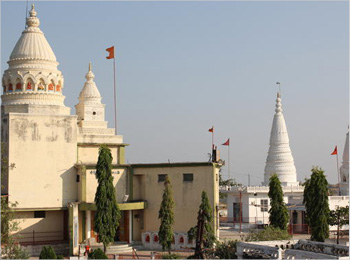 Kelzhar Temple, also known as the Varad Vinayak Temple at Kelzhar is dedicated to Lord Ganesh and one of the Ganesh temples from AshtaVinayak in Vidharabha region. Kelzhar Temple is 26 km from Warda. It is situated in the heart of hills, on top hill northwest to Warda – Nagpur Highway. The shrine of Ganesh is believed to be found during Aryan period.

A well is situated near the temple which is believed to be built by Bhīma, one of the Pandavas. It was constructed during the reign of the Vakataka rule between 250 AD and 500 AD. The idol of the lord Ganesh is very beautiful. The calm and peaceful environment all-around of this temple is the major attraction by which so many tourists approach Kelzhar temple.

As per Vashista Puran (Vedic Scripture) 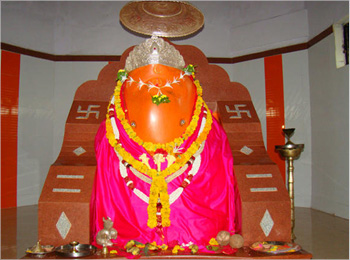 This place was known as “Ekachakra Nagar” as per Vashista Puran and Mahabharata. In the Vashista Puran it is mentioned that Sage Vashishta – Lord Rama’s Guru had inhabited here and that for his religious chores this temple was founded. It is indicated that around that time the river Warda was created. According to the scripture, Lord Ganpathi was known as ‘Varad Vinayak’ here and the river Warda as Varad. It is said that the sage Vaishishta had left this holy place after the birth of Lord Rama.

It is mentioned that while Kunthi’s sons- Pandavas inhabited in Ekachakra Nagar, they had killed the demon named as Bakasura. That place is in North-western direction near Buddha Vihar alias “Tondya Raakshas Maidan” on Warda-Nagpur national highway. The temple which exists on the hill is surrounded by nature and it was known to be a great place for tourism ever since the regime of Vakataka Dynasty. The fort had five bastions and three vast fortifications constructed out of soil and stones. There is a big and beautiful rectangular well known as Ganesh Kund. After Vakataka dynasty this place is believed to be the capital of King Pravarsen as recorded in ancient history.

The Nearest International Airport is Nagpur.

Warda is the nearest railhead.

Warda is connected by government and some private travel services.