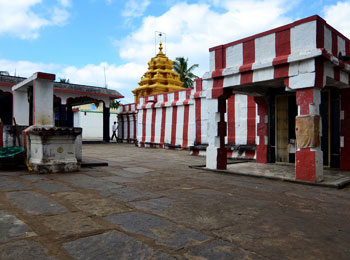 Vaidyanathapura is a town located 2 kilometers (1.2 mi) from Maddur town in the Mandya area in Karnataka, India. The town is arranged on the banks of the Shimsha River, a tributary of the Kaveri waterway and houses the sanctuary of Vaidyanatheswara.

The sanctuary has a long history behind it. The history demonstrates that in the year 1634 it was vanquished by the Mysore Raja. At that point Dewan of Mysore Sri M Mirza Ismil went by this sanctuary and aided in completing advancement work in the banks of stream shimsha at the foot of the sanctuary passageway. Numerous heads like Raja Chola, shripurusha have gone to the sanctuary alluding to engravings. The Vaidyanatheswara sanctuary is one of the Panchalinga Sthalas, the other four is in Talakad itself. It is trusted that one who gets a darshan of the five Lingas will be exonerated of all transgressions. Explorers from all over South India accumulate here to venerate Lord Shiva.