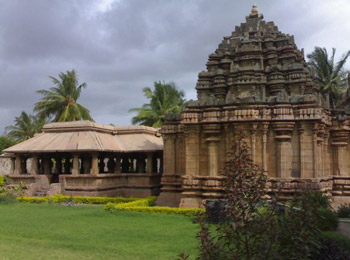 Vadabandeshwara placed in the vicinity of the Malpe Port is an ancient Vaishnavite Temple dedicated to Lord Balaram, the elder brother of Lord Sri Krishna. The idol of Sri Balaram is believed to be consecrated by Sri Madavacharya.

Madavacharya was a prominent philosopher during the Bhakti Movement. He propagated the philosophy of reality. As the legend goes, when Sri Madavacharya was meditating on the seashore of Malpe there was a storm in the sea and a ship had got into the trouble. Madavacharya ran to the aid of the ship and brought it to the shore. The sailors presented him with idols of Lord Krishna and Lord Balaram as a sign of their gratitude. Later on, Madavacharya enshrined the Sri Krishna idol at Udupi and the Sri Balaram idol at Malpe. The same temple has now grown famous as the Vadabandeshwara Temple of Malpe. The Vadabandeshwara Temple of Lord Balaram is visited by thousands of devotees and tourists. The devotees offer prayers at the feet of Lord Balaram and take a holy dip into the sea.


Mangalore airport is the nearest airport.


This temple is located near Udupi Railway Station.


The temple is easily accessible by road from Malpe and Udupi.