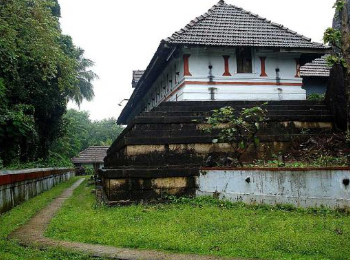 Tirkur Mahadeva Temple is worshiped for god Shiva it is named as Thirkur Shiva Temple and is located in Trikur near Thrissur, Kerala. Trikkur Mahadeva Temple is inside cave which is a made by cutting the rocks in Tirkkur village in Thrissur District, Kerela. It is believed that this temple is built in the 7th or 8th century, this temple was originally a Jain temple.The temple and its premises are now looked by Paliyam Trust which is managed by Kshetra Samrakshana Samiti (Temple Protection Committee). 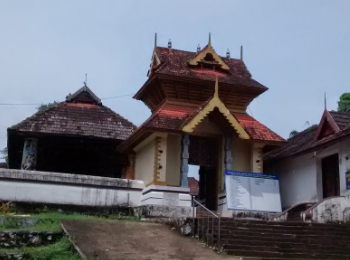 The cave temple at Trikur is a piece that can astonish you. On the bank of the river Karuvannur puzha a long flight of steps that leads to summit of the rock hill, where God Shiva is positioned in a cave and that appears to be natural. Water droplets continuously drips from the roof of the cave and makes the idol wet. There is no evidence of water found in the rock.The temple is constructed without harming any of the natural setup.The outer wall was constructed by one of the achans of Paliam, the other protective structures and the Gopuram protects the environment fully. The blessings of the deity is convinced cure for Asthma.Meals are provided to the devotees which is handled by some trust that maintains the temple, as there are very few devotees.From the park of the hill one can see the surrounding country side for about 10 miles including Trichur town.The land opposite to the river is at the same level, the vehicles can come up to the temple and there are regular bus services too. 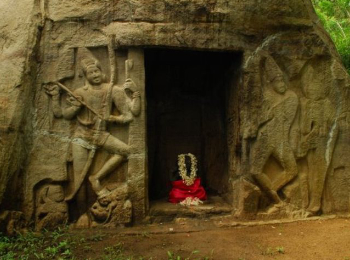 The temple is located on the top of the hillock inside a 30 feet long and 12 feet broad natural cave.The huge Shiva Linga is at the southern end of the cave, just above this there is a waterhole that never dries even in the hottest days during summers.The Shiva Linga faces the east and the door of the Garbhagriha is faced towards North.The Linga is in the center, fixed on to a rectangular pedestal.There is a evergreen pond on the top of the rock. Since 1966, the temple is a protected monument under the Department of Archaeology. 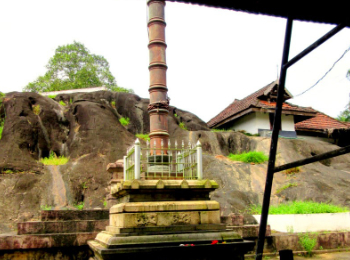 Every year a festival is held in the famous costume drama of Keralam is one of the essential items.The parade of caparisoned elephants with the drum beats (Panchavadyam) is a must in all the temple festivals.The annual festival falls on the Malaya Month of Makaram( Jan-Feb). 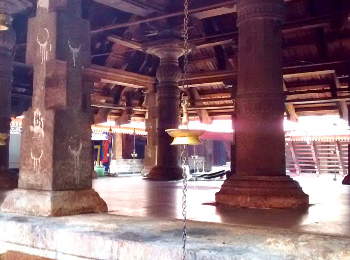