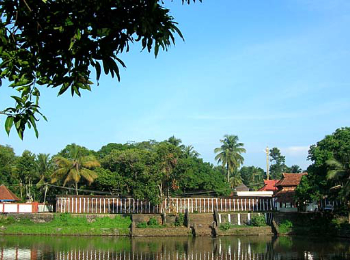 The Sri Athpudha Narayana Perumal Temple or the Thirukkadithaanam Mahavishnu Temple, is located at Thirikkodithanam, Kottayam and is revered as one of the 108 divya desam temples dedicated to Lord Vishnu. 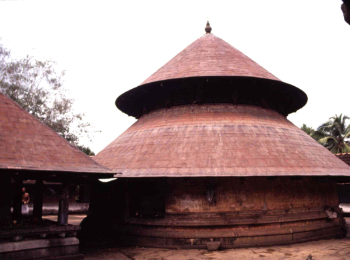 The Sri Athpudha Narayana Perumal temple is glorified in nalayrira Divya Prabandham,a Vaishnava canon, and Mangalaasan (devotional songs) were sang by azhwar saints. Sri Athpudha Narayana Perumal temple is considered as one of the five ancient temples in Chengannur, Kerala and one of the temples which is connected with the legends of Mahabharata, one of the two major Sanskrit epics of ancient India. These five temples are believed to be built by the Pancha Pandavas (five princes), the five acknowledged sons of Pandu, who ruled Hastinapura (a town and a nagar panchayat in Meerut district of Uttar Pradesh).

The five temples built by the Pancha Pandavas are 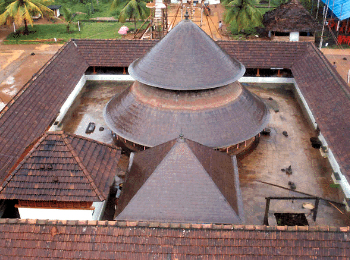 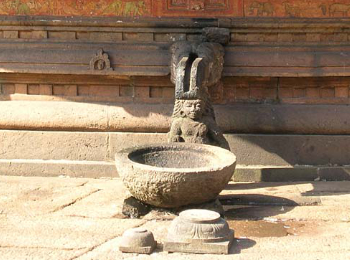 Legend goes that the Pancha Pandavas after enthroning Parikshit, a kuru king who reigned during the Middle Vedic period (12th or 11th century BCE), as a king of Hastinapura, the Pancha Pandavas started a pilgrimage. And on arriving on the banks of Pamba River, it is said that each of them installed an image of Lord Krishna. The legend says that the servant of this temple has been cursed by Lord Athpudha Narayanan to take the form of a stone as he delayed to open the doors of the temple and made the devotees to wait to worship the god. And it is said that the stone is still present in the front of the temple. Lord Athpudha Narayana Perumal is said to have performed His Seva for Rukmaangadhan, one of the king of Surya generation, who had a good thought for the people and helped for their life. Ekadesi day is considered to be the auspicious day to visit the temple of Lord Athpudha Narayana Perumal. The sacred Theertham (temple tank) of this temple is called Bhoomi Theertham and Vimanam (the tower above the sanctum sanctorum) of this temple is called Punniya koti Vimanam.


Nearby Place To Visit

The nearest airport is the Calicut International Airport. The nearest railway station to reach Sri Athpudha Narayana Perumal temple is located in Changanassery. The state run KSRTC buses are linked by major roads to other prominent cities in Kerala, and to other major cities.