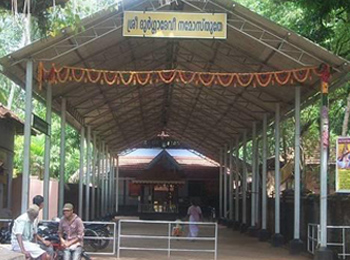 Thirikkavu Sri Durga Bhagavathi Temple is an ancient Temple situated in Ponnani, Malappuram District, Kerala, India. Goddess Durga is the main god of this centuries old temple. Although authentic details are not available about the age of the temple, it is one of the 108 Durga temples consecrated by Lord Parasuram in Kerala. 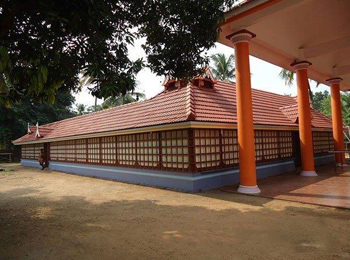 It is believed that the name Thirikkavu originated from "Thirikkani Kaadu ". The devastation caused by King Tipu Sultan to the ancient and holy temples of Keraladheeshwaram, Thirikkandiyoor and Thiriprangatu in Vettum region was terrible. Zamorin renovated these temples to some extent. The famous and ancient Thirunavay Temple was also destroyed by Tipu's army. After dismantling the idol, Tipu converted the Thirikkavu Temple into an ammunition depot in Ponnani. It was Zamorin who repaired the temple later.

The Devi is here in her four arms form with Chakra (disc), Shankha (conch), Varada (in a boon-conferring pose) and Katibadha (arm rest in the hip). Thirikkavu Bhagavathi is believed to be one who grants all wishes and numerous devotees have stories legion to tell of her supreme benevolence. The Bhagavathi is worshipped in two different forms Durga and Saraswati. The temple consists of a Krishna temple and sub shrines for Mahaganapathy, Sasthavu, Sidhi Vinayaka, Hanuman and Brahma Raakshas. There is a Moola Ganapathy Temple near the pond along with Naga Raj, Naga Yakshi and Naga Pratishta.

The main festival is Navaratri Mahotsavam which attracts large number of devotees. Vidyaarambham (beginning of formal education) is conducted on the Vijayadasami. The Vrishchicka Mandala mahotsavam is celebrated during the entire period of Mandalam.

The nearest airport is Kozhikode.

The nearest railway station is at Kuttippuram.

Ponnani connects to other parts through Kuttippuram town.