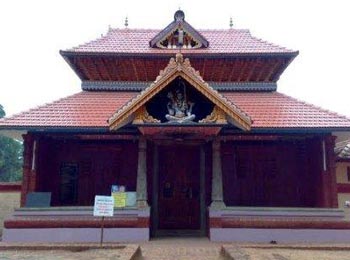 Nileshwaram or Nileshwar or Neeleswaram is a town in Kasaragod District, Kerala, India. This temple is devoted to Lord Shiva. It is believed to be enshrined by Sree Parasurama the temple plays a great role in shaping the legend of Nileshwar. From the name of the temple Neelakandeswara derives Nileshwar.

Lord Siva represented by the Siva Lingam is the principal deity of the temple. A tall Siva Lingam at a height of 270 cm facing east is installed in the temple. Lord Ganapathy, Lord Maha Vishnu and Lord Sastha are the other deities.

Nileswar is a short form of Neelakanteswaram identified with Lord Neelakanta (Lord Siva). Another view is that the place named after Sage Neela who introduced the icon of Eswara (God). Legend says that Lord Parasurama built the temple to encourage Sage Neela to bless the icon. Nileswar was the capital of antiquated Kolathiri Kingdom, which spread from Kasaragod in north and Korapuzha (waterway) (Near Kozhikode) at south. Its outskirt expanded to Kudaku (Coorg) (Now in Karnataka) in the east Arabian Sea in west. The imperial family claimed the temple. The senior most individual from the illustrious family is the lifetime trustee of the temple.

Eight day long festival in Kumbhom (February-March) is the important festival. Of these, Pallivetta and Arat are very important.

How To Reach Kasaragod

There is no airport in Kasargod District but the nearest airport is in Mangalore is almost 70 kilometers away. One can easily get bus or taxi to reach Kasargod. One can also access the district via railways as Railway line passes equivalent to the coastal line. Kasaragod is well connected to other major cities of the country via regular buses.