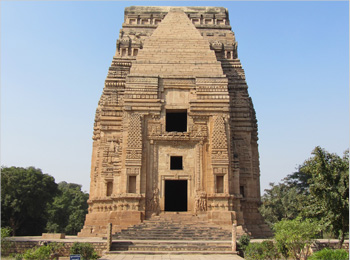 Teli ka Mandir is located within the Gwalior Fort in Madhya Pradesh, India. Dedicated to the god Vishnu, it has been dated to between the 8th and 11th centuries AD. It is both the loftiest and oldest surviving structure within the fort. This mesmerizing temple if often referred to Oilman’s Temple as some visitors from abroad always keen to understand the meaning of its original name, it has fascinating ancient architecture of 8th century for which it is obsessed so many people. Now it is under Archaeological Survey of India. 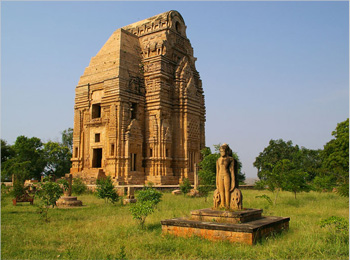 Teli ka Mandir is thought to have been built circa 850 AD during the reign of the Pratihara king Mihira Bhoja. Following the Revolt of 1857, the British used the temple as a soda factory. Between 1881 and 1883, repairs to the temple were initiated by Major Keith, an officer of the Royal Scots Regiment stationed in Gwalior. The architecture of “Teli ka Temple” (oilman’s temple) is a blend of north Indian Nagara style which specified North Indian and Dravidian style as the spire of this temple akin to this style. Unlike to other temple this Rajputana Temple doesn’t possess with any pillared hall, except to one sanctum with a porch and doorway. The doorway and the porch has some carvings with some statements imprinted over them, this place had been the ancient seat of Jain worship, also known as `pearl in the necklace of the castles of Hind`. The outer side of the temple, especially doorways and walls carved with amorous couples, coiled serpents, god and goddesses, one figure of flying Garuda can be seen on the central position on the doorways. The most miraculous thing which visitors those come here from across the world want to see and that is the fusion of southern & northern Indian architecture style. The tower has about 100 feet height, and Indo-Aryan architecture resembles as it is a Vishnu Temple. The decoration of this temple is in the Nagara style, which addresses a well known North Indian style. One more special thing is the chariot of lord Vishnu which is on the outer side of the wall. Just north of the Teli-ka-Mandir, the Suraj Kund is the 100 metre long tank whose sacred waters are supposed to have cured the 10th century ruler Suraj Sen, later Suraj Pal, of leprosy. This temple is said to have constructed in the mid-eighth century, it has a huge rectangular sanctum capped with an unusual vaulted-arch roof in a peepal-tree-leaf shape. 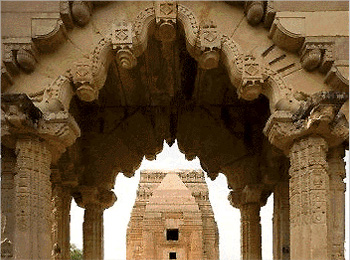 Teli Ka Mandir is actually dedicated to Lord Vishnu in his Garuda form, this Mount of Lord Vishnu is the main attraction of the temple, elevating the height of 100 feet, stood as the tallest and most stunning thing in Fort campus. 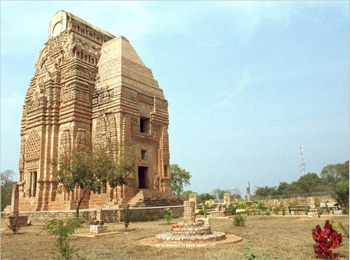 One story says that as it was made from donation of a Oil merchant who locally called Teli, given its name Teli's Temple. Second story says as it was built form princes from Telengana (region in South India) it is called Teli Ka Mandir. Another story says, "Teli Ka Mandir" term came as this Rajput Temple according to some legends, Rashtrakuta Govinda III conquered the Fort in 794. He then handled the rites of religious ceremonies and rituals to Telang Brahmins and so it is considered that this temple from the word ‘Telang’ acquired this tag. It could be bit unusual to the visitors coming here from abroad. Another tale states that the oil merchants or to say men of Teli caste constructed the temple. One solid speculation is that this temple could be connected to the ‘Telangana’ region of Andhra Pradesh, consolidate the fact that the Dravidian and north Indian style of this temple matches from Andhra region. During British time, it was used as a Soda factory and coffee shop later all these activities get prohibited in that part of Fort.

Gwalior has an airport that is situated nearly just 8 Km away from the heart of the city. The city of Gwalior is well connected by direct flights with all the major cities in india like Delhi, Agra, Indore, Bhopal, Mumbai, Jaipur and Varanasi. 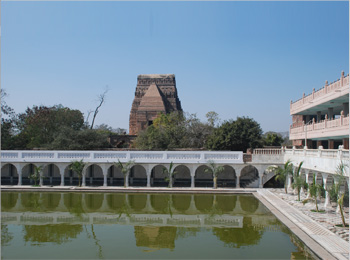 The railway station in Gwalior is located on the Delhi-Mumbai and Delhi-Chennai rail track. The railway transportation here also connects Gwalior with many other major cities of India. There is a good road network connecting all the major places of Madhya Pradesh as well as other places of India with Gwalior.