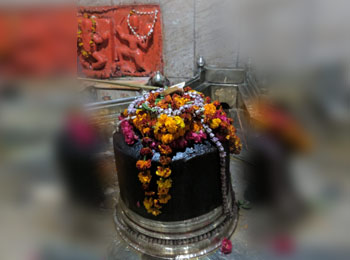 Tarkeshwar Mahadev is extremely renowned Shiva sanctuary located on the eastern piece of Mirzapur and under the Tarkapur ward of Mirzapur. We can get reference of this sanctuary in Purans. There is a major kund before sanctuary which was constructed by a fallen angel (Asur) named Tarak and later on Tarak got executed by Lord Shiva so that this sanctuary named Tarkeshwar Mahadev. There is likewise trust that Lord Vishanu assembled a lake in the west of Tarkeshwar and built up a sanctuary of Lord Shiva. Presently it is disappeared into the Ganga River. It is additionally trusted that Goddess Laxmi yielded herself here at Tarkeshwar and lives here as another Goddess called Vaishnavi with Goddess Saraswati.

Amid the Hindu calendar month Sawan each monday individual fill the water from Ganga take it in Kawar and walk bare foot on road and then give a shower to Tarkeshwar Shivlinga. This procedure goes on for the entire month and entire region loaded with the sound "Bol Bam".

How To Reach Mirzapur

The nearest airport is at Varanasi which is about sixty km. From here one can reach by bus or taxi Mirzapur.

Devotees can easily get regular trains to Mirzapur from other major cities of the country.

There are no bus routes from other major cities to Mirzapur. Nearest bus stand is Varanasi.