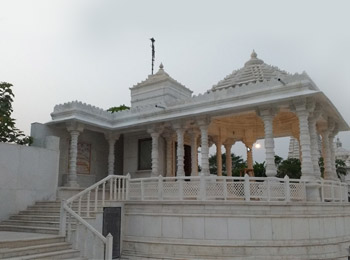 The Surya Bhagvan temple in Baragaon, is an ancient and renowned temple in Nalanda, which is located just beside the famous Nalanda University. Dedicated to Surya, the Sun God, the temple premise includes shrines of many other Hindu gods and goddesses. The temple complex is relatively large and is designed in accordance to the Vastu sastras. The temple has a five foot high idol of Goddess Parvati. This holy shrine has a sacred tank situated at its vicinity, which supplies water to the temple for performing sacred rituals to the deity.

The temple boasts of a fascinating architectural design which is remarkably alluring. Built with the finest of stones, it surely is a divine marvel. It is believed that those who visit this temple would never go back with an empty hand.

Chhath Puja is celebrated twice in a year in the months of Chaitya (March–April) and Kartik (October–November). People pray Surya baghvan especially during the time of Chhath Puja. Once the Chhatha Puja gets over, devotees distribute the holy prasad among themselves. Special pujas to Surya bhagvan are also performed by the devotees every Sunday.

The Nearest airport is Patna Airport.

Nalanda Railway Station is the nearest to this temple. It is well connected to major cities like Bangalore, Patna, Hyderabad, Mumbai, Pune, Moradabad and Lucknow.