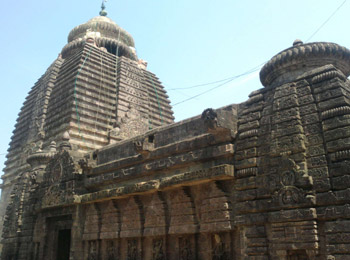 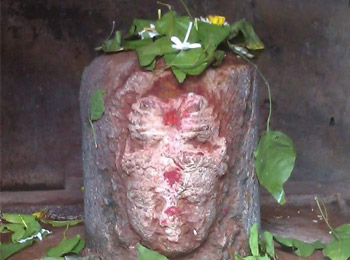 At the entrance of the temple, there is a vast arched gate,in which there are two lions on both sides of the gates. The primary gate leads to the outer prakara where the idol of the Nandhi is installed in a very mandapam. The pathway with inscriptions on the wall leads to the inner prakara, which is the temple of the Mukhalingeswara. At each corner of the inner prakara, there are several little temples, some dedicated to Lord Shiva (in the shape of Someshwara and Bhimeswara) and Lord Ganesha.  In the inner compound of the temple, there are 2 temples dedicated to Lord Shiva, with idols of the Someshwara and Bhimeswara.  At the center, stands the finely incised temple, the walls of which have pictures of Gods and Goddesses in their various avatars (forms).  Each image depicts a story from the Shiva Purana. This is a gaggle of 3 temples designed by the eastern Ganga kings in the 10th century. This Shrimukhalinga temple shows the province type of design. The Mukhalinga could be a virtual gallery. The entrances measure a marvel in themselves. There is an enrichment of sculptural work and perforated windows.  The Bhimeswara temple lacks its grand splendor; however Someswara temple is additionally wealthy in sculptural work. The Shrimukhalinga temple is additionally referred to as the Kalinganagara, which was the capital of the first eastern Ganga rulers. The Someswara temple is easy in design, which is the earliest of the Shrimukhalinga temple.  It’s situated on the outskirts of the village of Mukhalingam. The entrance of the temple bears the pictures of the Ganga and the Yamuna on either side. The Aniyanka Bhimeswara temple is designed later than the Shrimukhalingam temple. It is plain compared to the grandeur of the Mukhalingeswara temple. The devakoshtas bear the pictures of Brahma, Narasimha and Dakshinamurthy.  The main temple encloses eleven shrines within the inner prakara, each complete in itself.  The doorway to most of the temples is from the south and east. The niches within the outer wall contain lovely sculpted pictures and perforated windows with beautiful works of art.  The temple had been designed completely during the period of the king Kamarnava (941-976 CE). 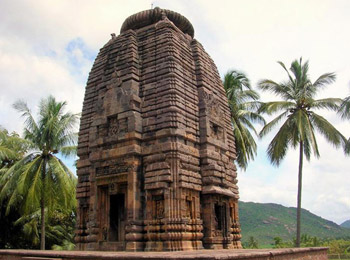 The main deity of the temple is “Mukhalingeswara Swamy”. He is also known as Madhukeswara by devotees. 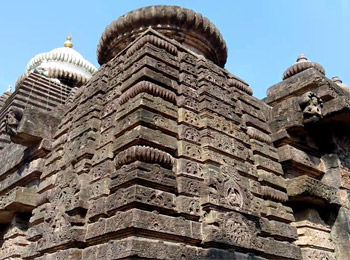 According to the Skandha Puranam, Lord Shiva appeared here in a Madhuka Tree to salvage the Gandharvas who were born here as Tribals. Hence the Lord here is also known as Sri Madhukeswara swamy. The temple is built in the Orisha style of architecture. The massive and attractive ornamental gates are flanked by lions was built at the entrance to the outer prakara of the Mukhalingeswara temple. A Nandi Mandapa can be seen in the front of the sanctum of outer prakara. The entrance to the inner prakara also contains beautiful paintings. The inner prakara of the main temple has several other shrines. One of the major artistic astonishment of this temple is the entrance through which devotees can enter in to inner prakara from southern and eastern directions. The outer wall of the temple has the images of the beautifully perforated windows.

Maha Shivarathri festival will be celebrated in this temple

Poojas like Abhishekham and Archana will be conducted in this temple.