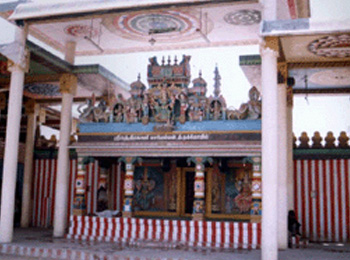 Shri Pathirakali Mariamman Temple is one of the ancient temples in Madurai district. The Thirumangalam town got its name, as it is believed that the Thiru mangalyam of Goddess Meenakshi was designed here. In other way, it is said that when lord Murugan married Theivanai in Thiruparankundram (nearest to Tirumangalam), the "Tirumangalyam" was made here and hence the name came.

The temple is situated 20 kilometres (12 mi) south from Madurai in India. The main shrine is for Shri Mariamman and the Utsava Deity is Shri Pathirakaliamman and Shri Mariamman. The temple was built in 1852 onward by the Thirumangalam Pandiyakula Kshatriya Nadar Uravinmurai. Along with the Temple, they also organized an Educational Trust named PKN Vidhyasala with 9 Educational Institutions has provided education to thousands of people around the district since 1908. 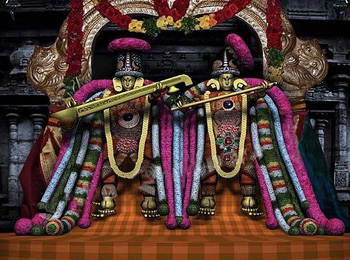 Nadars of Thirumangalam decided to build a temple at the heart of the city and they started working for the basement. And there, they founded a Goddess statue along with the some gods of Hindu mythology. They planned to establish a temple around there. They built a temple with the Dravidian Architecture and the Kumbabishegam was held. Then the temple extends with the Lord GopalaKrishnar, , LordNatarajar, Lord Ahora Veerapathrar, Lords Appar, Sundarar, Thirugnana Chambanthar, Manickavasagar, , Thirunavukkarasar, Lord Chandikesuwarar and the Navagrahas. And the firstKumbabishegam was conducted in 1857. The temple was constructed and managed by the Tirumangalam local people of Nadar community under the leadership of Pandiyakula Kshatriya Nadar Uravinmurai Trust. 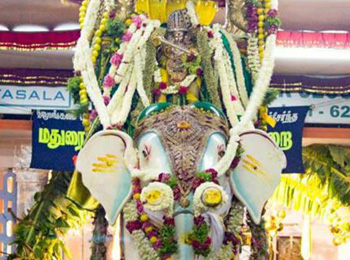 Every year, in the Tamil month of Vaikasi, a 13-day festival is celebrated, Vaikasi thiruvizha, along with daily deity procession and exhibitions. And also the Milk ice cream aka Paal Ice was prepared only at the occasion of Vaigasi Festival.


How To Reach Tirumangalam

Regular bus services are available from all important cities of Tamil Nadu and all the Buses from Southern part of the State passes through Tirumangalam. Frequent city bus facilities are available from Tirumangalam to Madurai, Usilampatti, Virudhunagar, Sholavandan and Vadipatti. The government transport operates TNSTC buses and private travels operates semi sleeper buses such as PARVEEN, Velmurugan transports, Sri Jaya Vilas Transport Sri Balaji Roadlines and KPN on day to day basis to Chennai. There are also private bus services such as operated on daily basis to all major cities.