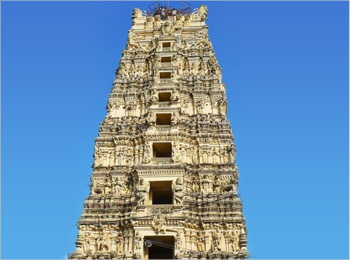 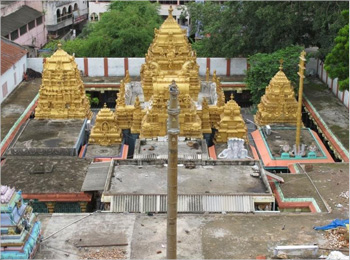 Shiva lingam in the temple can be seen from the windows of the Garbha graha (sanctum sanctorum) on all four sides. The Shiva lingam is milky white in colour and the tallest. The height of the temple tower is 120 ft with 9 floors. It is believed that staying one day in Ksheera Rama is equivalent to staying one year in Varanasi. The places of interest around Palakol include Bhimavaram, Draksharama, Annavaram, Thalupulamma Thalli, Rajahmundry, Antarvedi, Ryali and Vadapalli. Gostani River flows through Palakol.

As per legend, Upamanyu, the son of sage Kaushika, asked Lord Shiva for plenty of milk supply so that he can carry out the rituals during festivals in the temple. Lord Shiva filled the whole Ksheera Pushkarni Tank with the milky ocean (Ksheera Sagaram). Since then, this place is known by various names such as Ksheerarama, Palakol, and Dugdhapovanam. According to hearsay, Lord Rama along with Sita and Lakshmana had worshipped Shiva at this spot. Once, Maharishi Agasthya told Lord Rama that his complexion has become black after killing Ravana who was a Brahmin. In order to get rid of it, Lord Rama was advised to take a dip in the holy river and also install Shiva Lingams. After installation of various Shiva Lingams, Lord Rama, Goddess Sita and Lakshmana decided to visit Gosthani River to install Shiva Lingam. Goddess Sita had asked Hanuman to acquire it. Hanuman couldn’t bring it on time and Sita made a Shiva Lingam containing sand and snails. When Hanuman saw this, he got disappointed. Hence Lord Rama assured Hanuman that first, devotees would pray in front of the Shiva Lingam brought by him and then that of Sita’s.

Maha Shivarathri and Navrathri festivals are celebrated in this temple.

Government and private bus services are available from all major places to reach Palakol.