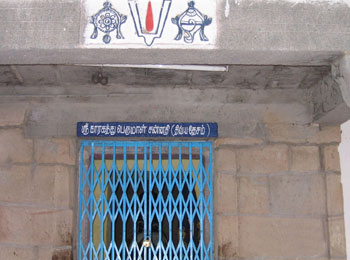 Sri Kaaragam, is one of the 108 divya desam sanctuaries arranged in Kanchipuram. This temple is inside of the Thiru Ooragam (Ulgalantha Perumal) temple is one of the 108 divya desam temples situated in Kanchipuram.This Ulagalandha Perumal Temple houses four temples of ‘108 Divya Desam Temples’ on its own. They are named as ‘Thirukkarvaanam’, ‘Thirukaaragam’, ‘Thiruooragam’ and ‘Thiruneeragam’. Renowned Vaishnavite Saint Tirumangai Azhwar has sung the glory of Lord Perumal of the shrine in his Mangalasasanam hymns. His verses are lavishly rich in its spiritual content echoing his experience of Bhakti to Lord. Only an extraordinary brilliant scholar in the English language blessed with such spiritual knowledge in the Visishtadvaita philosophy can perhaps partially succeed in rendering the verses in English. This applies to all the 12 Azhwars. From their expressions, it is difficult to conclude whether they were in the heart of Perumal or Perumal had chosen to have His abode in their hearts. 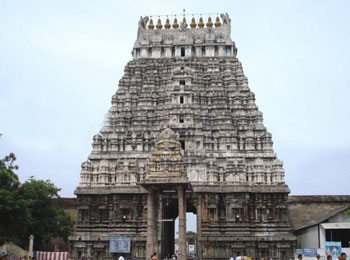 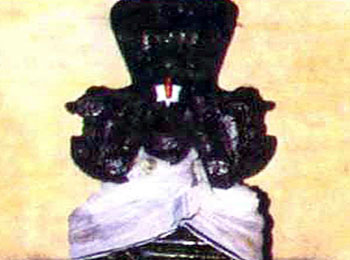 Neer, the water is the essential and vital component for every one of the things in this world to survive. To clarify this, the Perumal is giving his seva as The Perumal is additionally called as all the water surges towards the spot where there is a little score or gap. Like the same way, Emperumaan streams into the hearts of bhaktas and fill their spirit with bhakthi. Neer, the water is said to be cool in nature and gives the coolest endowments to his aficionados. Every single living thing need water to live and in the meantime, the body is additionally refined by water. By clarifying this, he tells both the Aathma and the human body to get refined and accomplish the Moksha, we require his assistance and the backing. Regardless of the fact that a little gap is found in the vessel, the water will stream in. indeed, even the little level of bhakti is found in the hearts of his bhaktas he will stream into us. In any case, in the meantime, in the event that we doesnt think and appeal to him, he will go out as the water which leaves the little gap found in the vessel. The water streams towards the greater part of the locales. It consider any raised terrains or the brought areas down to stream. In like manner, infront of Sriman Narayanan, all are one and there is no higher than the other. 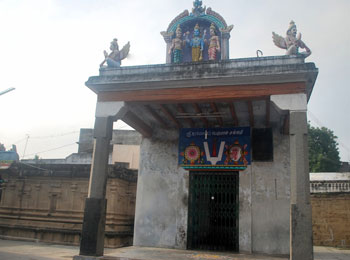 Brahmotsavam Festival – January or February
Vamana Jayanthi Festival – August or September
Navaratri Festival – October
Vaikunda Ekadasi falling in Tamil Margazhi covering December-January in the full moon fortnight is grandly celebrated in the temple.The temple is open from 7.00 a.m. to 12.00 a.m. and from 4.00 p.m to 8.00 p.m. Pooja

Chennai, the nearest international airport, is situated around 75 km away from Kanchipuram. Both public and private transport facilities are available at the airport. Kanchipuram is connected with the southern part of the rail network and few trains are running through Kanchipuram. Suburban trains are running between Kanchipuram and Chennai beach on specified intervals. The city of Kanchipuram is well connected with the other part of the states and it is few kms from the Quadrilateral National Highway. There are frequent bus services from Chennai and it takes 2- 3 hours to reach. The Chennai Metropolitan and the state express transport operate the services.